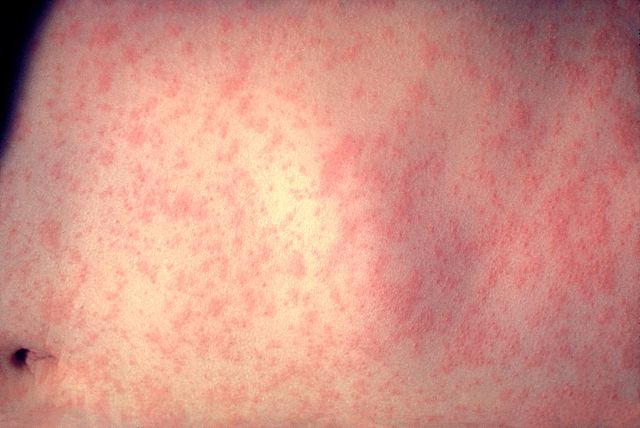 The World Health Organization has declared the Americas – North, South, Central – the first region of the world to be free of endemic measles, although it has been confirmed eliminated in individual countries.

Endemic measles, meaning not brought in from other parts of the world, was last recorded in the region in 2002. The illness can bring on blindness, pneumonia and in the worst cases, death.

According to the Pan American Health Organization, it took 14 years for the announcement to become final because of poor communication among the health agencies of the countries involved. Armed conflict and unvaccinated moving migrant populations also added to the difficulty of the process.

The 2014 measles outbreak in Disneyland was traced to a source outside of the United States, as scientists were able to use technology to track the sources, UPI reports.

Despite the increasing number of parents who refuse to get their children vaccinated, health experts credit strict immunization policies as the main reason the declaration could be made.

Dr. Merceline Dahl-Regis, chair of the International Expert Committee for Elimination in the Americas, cites her hometown, The Bahamas, as an example. “You have 400,000 people [living there] and six million people who come and visit the country – and we don’t have measles because of high immunization coverage.” She says the answer is simple. No matter race, gender or socio-economic status, she says,

Everyone needs to be immunized.

The measles vaccine came out in the 1960s. Before it became widely available, measles killed close to 2.6 million people yearly, WHO states. One of the most contagious diseases to affect children, measles is still widely circulating in other parts of the world.

WHO officials say it is important to maintain vaccination coverage and that this achievement does not mean health care professionals – and the public – should be complacent, but keep working to battle the disease.