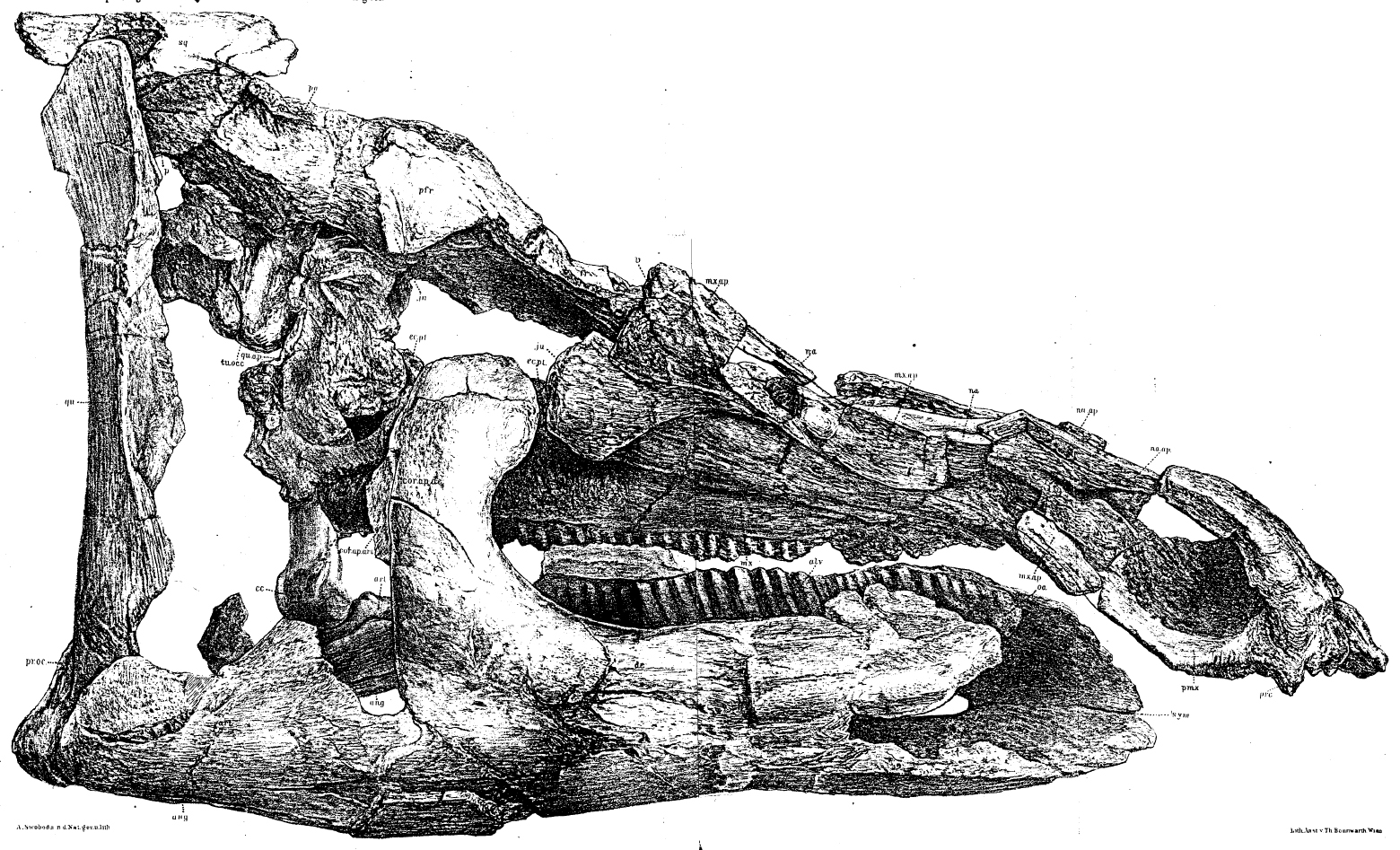 About 69 million years ago, a duck-billed dwarf dinosaur roamed the Earth with an unusual feature – it had a tumor on its lower jaw, a new study has found, reports LiveScience.

The unusual growth probably didn’t cause any pain, researchers said. The same type of non-cancerous facial tumor can also be found in some present-day reptiles and mammals, even humans. But this is the first find of such an occurrence in a fossil animal. In this case, the Telmatosaurus transsylvanicus, a primitive duck-billed dinosaur, also called a hadrosaur, according to scientists.

Kate Acheson, a co-author on the study and doctoral student of geology at the University of Southampton in England, said,

This discovery is the first ever described in the fossil record and the first to be thoroughly documented in a dwarf dinosaur.

Researchers found the dinosaur fossils in western Romania in the Valley of the Dinosaurs, a part of a World Heritage site on the list of the United Nations Educational, Scientific and Cultural Organization (UNESCO).

Zoltan Csiki-Sava, co-author and a paleontologist at the University of Bucharest in Romania, said in a statement, “It was obvious that the fossil was deformed when it was found more than a decade ago, but what caused the outgrowth remained unclear until now.”

The researchers used a micro-computerized tomography (CT) scanner to take a closer look inside the dinosaur’s jawbone. The CT scan results showed that the dinosaur had an ameloblastoma, which is a non-cancerous tumor that affects the jaws.

Dr. Bruce Rothschild, also an author on the study and a professor of medicine at Northeast Ohio Medical University and an expert on paleopathology, said that this finding means humans have more in common with dinosaurs than previously thought.

Humans don’t usually feel pain from benign tumors such as an ameloblastoma, and the dinosaur most probably did not either, researchers said. But the dinosaur was not full grown when it died, so the tumor might have contributed to its demise somehow, they added.

The fossils found only included the dinosaur’s lower jaws, so scientists will have difficulty discovering how the animal died without examining the rest of its bones. The tumor might have made the dinosaur look different, the researchers said, or might have even made it slightly disabled or a vulnerable prey.

Evidence of tumors on dinosaurs are very rare, but not unheard of. Researchers have found two tumors on a titanosaur – a long-necked, long-tailed, herbivorous giant dinosaur and on the dinosaurs Brachylophosaurus, Gilmoreosaurus, Bactrosaurus and Edmontosaurus as well as the carnivore Dilophosaurus wetherilli, though none of the tumors were located on the face.