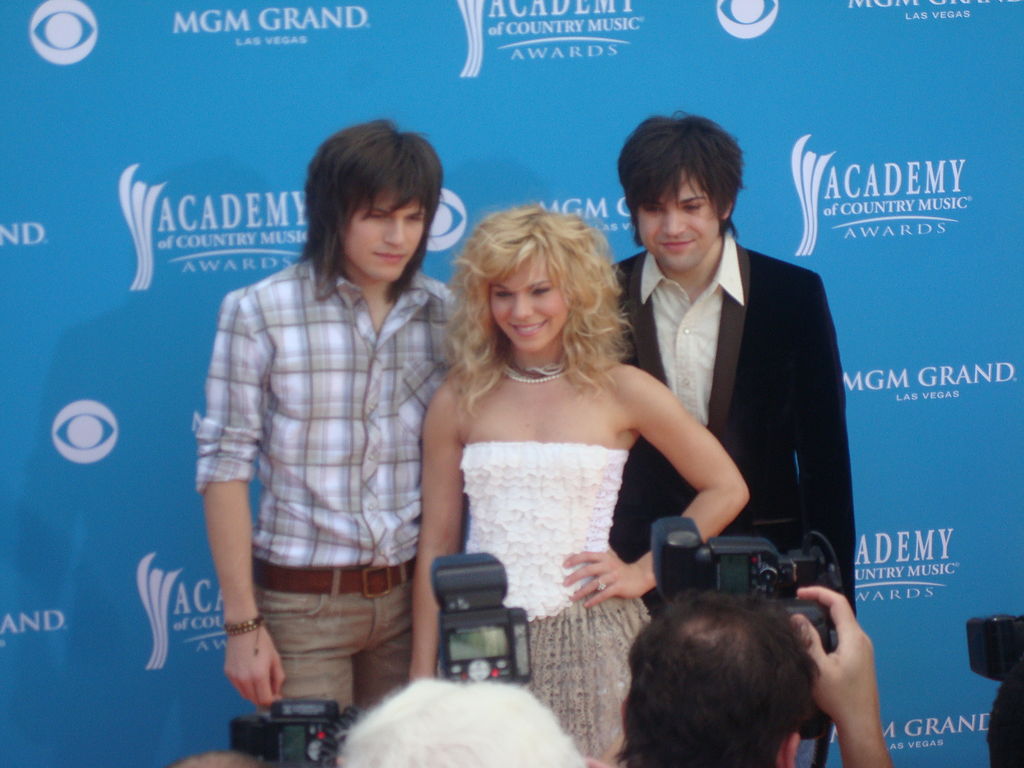 Authorities have arrested a man allegedly behind the security threats that led to the cancellation of The Band Perry’s slated concert in Delaware on Sunday night. A second suspect has also been identified, but no further arrests have been made, though the investigation is ongoing.

Dzmitry N. Papou, 35, turned himself in Monday night to the Delaware State Police in Georgetown, after local news outlets released photos of him and a companion, reports the Delaware News Journal. Papou, a resident of Selbyville, Delaware, was charged with felony terroristic threatening and has been ordered to never contact the Americana Bayside, where the country pop group was scheduled to perfom. He has been released on a $20,000 unsecured bail.

The Band Perry was to perform at the Freeman Stage at Bayside in Selbyville. An announcement was made 15 minutes before the opening act by Melissa Alesi was to begin, according to Patti Grimes, executive director of the Joshua M. Freeman Foundation, which runs the Freeman Stage. Fans were able to exit the venue safely.

Papou and another man supposedly made threatening remarks to the group via a front-desk employee at the venue, the contents of which have not been divulged, but they were serious enough to convince the Americana Bayside and the Band Perry’s management to postpone the sold-out show for August 17.

The band members took to Twitter to explain the decision to halt the performance, saying:

To our friends + fans in Delaware — Due to heightened security concerns, and for the safety of our fans, the show has been rescheduled for August 17. While we are sad we don’t get to see you tonight, we love you and consider your wellbeing and security our top priority. We’ll see you soon.

Fans have been overwhelmingly responsive, showing their support for the trio. Ticket-holders to the cancelled show can get refunds, said a spokesperson for the foundation. The Band Perry’s next concert is booked for Tuesday night, July 5 in Lewiston, New York.