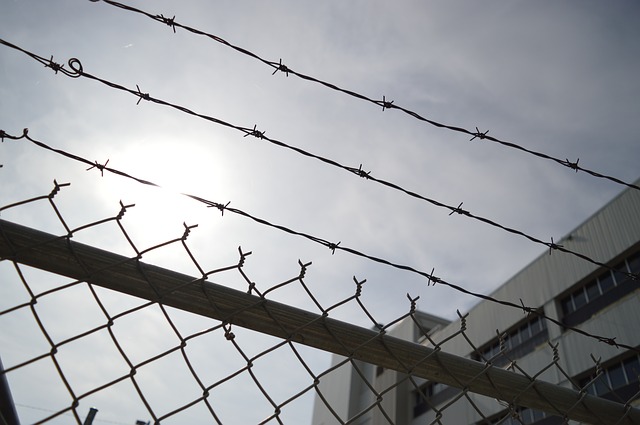 Authorities say that two inmates in Connersville, Indiana attempted a “Shawshank Redemption” escape, simulating the 1994 hit movie by climbing through the walls of their prison cell, before getting caught in Ohio four days later.

Police in Dayton, Ohio, caught Chadwick Heath, 39, and Michael Roberts, 27, on Tuesday. Police acted on an anonymous tip and apprehended the two inmates on North Gettysburg Avenue, and took them into custody without incident to the Montgomery County Jail.

The two men had managed to climb through a two-by-two foot hole in the wall of their cell at Fayette County Jail. Surveillance footage shows the men jumping to the ground outside the prison, then running away.

Prior to their escape, Roberts was in prison for burglary and theft, while Heath was in on drug dealing charges. In addition to the charges they were serving time for, the men are now likely to face new charges in Indiana, possibly for auto theft and escape.

Officials report that the men had spent weeks carving through the stone wall of their cells to break out, then commandeered a truck to get away. A former of employer of Roberts’ reported his white, 2015 Ford F350 utility truck missing on Sunday morning, and said that it was not the first time Roberts had stolen from him. The car was recovered undamaged, with the keys inside.

Heath’s mother and brother are being held on criminal charges due to assisting the pair while they were on the run, according to authorities. Paula J. Potters, Heath’s mother, said her son and Roberts arrived at her house, where she gave them clothing and food. She will only be charged with helping Roberts, as Indiana law states that a person cannot be charged with helping a child, parent or spouse evading arrest.

In upstate New York, two inmates likewise spent weeks on the lam last summer after managing to tunnel out of their prison.