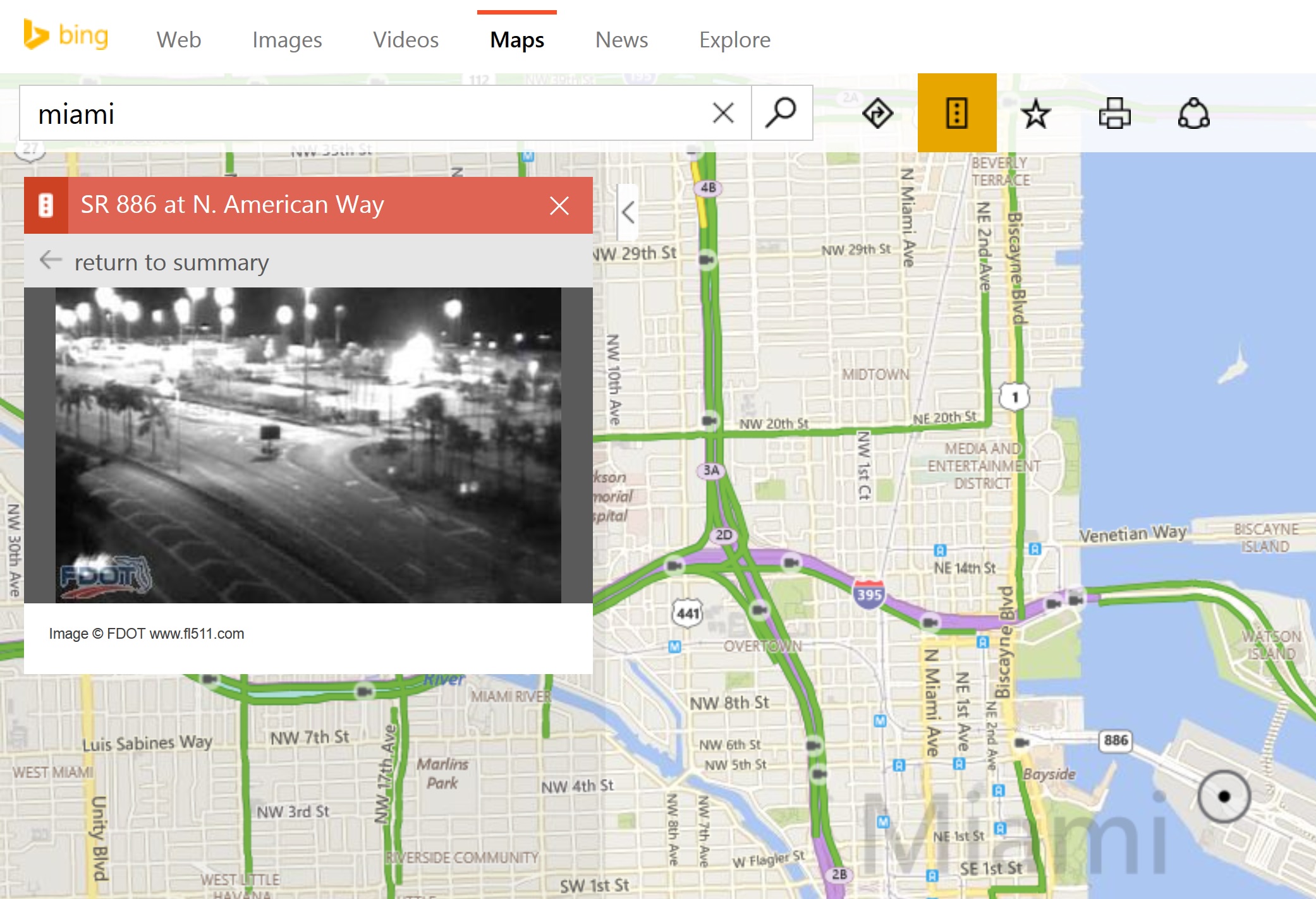 Bing Maps has integrated over 35,000 traffic cameras from across 11 countries, the Google Maps competitor announced on its blog Monday.

In order to see Bing’s newly integrated traffic camera data, all once has to do is preview the new Bing Maps, select the traffic overlay, locate a camera of interest and click – bringing up a picture of the road.

While the colored lines used to indicate the presence of traffic and its density are useful, this new addition just might make choosing the ideal route of travel that much more efficient, given that one can actually see what they’re up against.

The “Traffic” tabs summary page allows for a quick comparison of recently viewed traffic cameras, making for an easy way to visually assess the traffic density of different routes.

The addition of traffic cameras and the Clearflow traffic prediction algorithm both comes as the result of a “data-driven experiment,” according to Bing Maps.

While you might not find a traffic camera in your small town, browsing some more populated areas such as the metropolitan hubs of Miami and Seattle are sure to yield some traffic cameras to check out.

The U.S. traffic cameras this Immortal News contributor experienced first-hand were all operated by the Department of Transportation (DOT).

For those who are uninterested in viewing the camera feeds, Bing has included an option to toggle them on and off, which hides or shows the camera icons correlating with individual traffic cams on the map.

Gizmodo‘s Chris Mills referred to Bing’s new traffic system as “very clever” and “slick as hell” – what do you think, has Google finally found itself a real competitor in the realm of online maps?