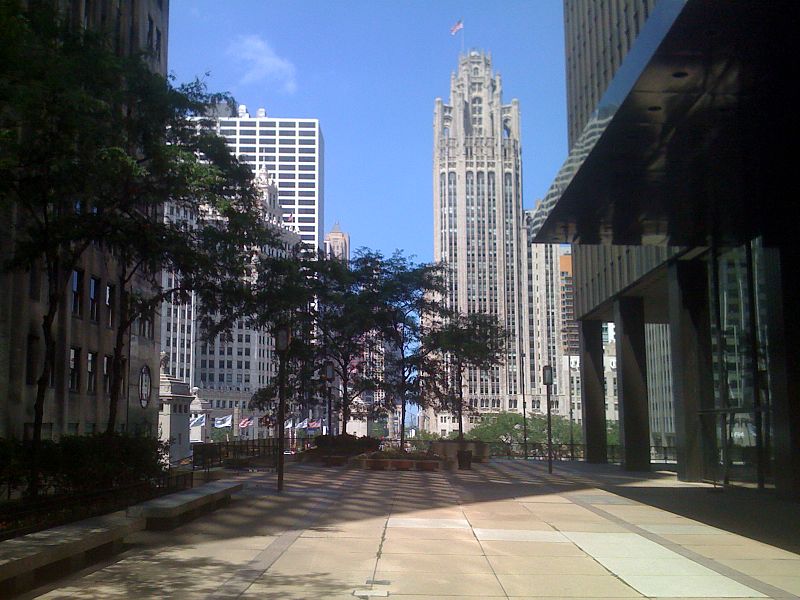 Tribune Media Co. announced through their real estate company last Thursday that their historic Tribune Tower in Chicago may be listed for sale.

The real estate firm Eastdil Secured was hired to either sell the building or find a partner to help revitalize it. Tribune expects the building to peak a lot of interest as the building is in a prime location that is ideal for development.

The building itself was built in 1923 and its 36 stories house the Chicago Tribune. The Associated Press reports that in 1911, the president of the Tribune Media Co., Robert McCormick, held a worldwide design competition with the goal of creating the best looking office building in the world. The competition was won by Raymond Hood and John Mead Howells, and they received a prize $50,000 — calculating inflation, that would be about $1,250,000 today.

The Wall Street Journal reports that Tribune Media hasn’t been doing too well as of recently. Stricken by growing levels of debt, the Chicago Tribune and the Los Angeles Times newspapers were spun off over the summer as the company moved away from its publishing business.

Tribune Media is focusing more on the television and digital properties in its portfolio now.

Murray McQueen, the President of Tribune Real Estate Holdings described the property as having “100 linear feet more frontage on Michigan Avenue than Rockefeller center has on Fifth Avenue in New York City.”

This property offers 100 linear feet more frontage on Michigan Avenue than Rockefeller Center has on Fifth Avenue in New York City. We see this as the future site of an exciting retail destination, surrounded by world-class adaptive re-use of the Tower and additional mixed use development.

It goes without saying that the company is looking to maximize profits if it does indeed sell the Chicago landmark, though they want it to remain as a “compelling mix-used destination” for the Windy City.