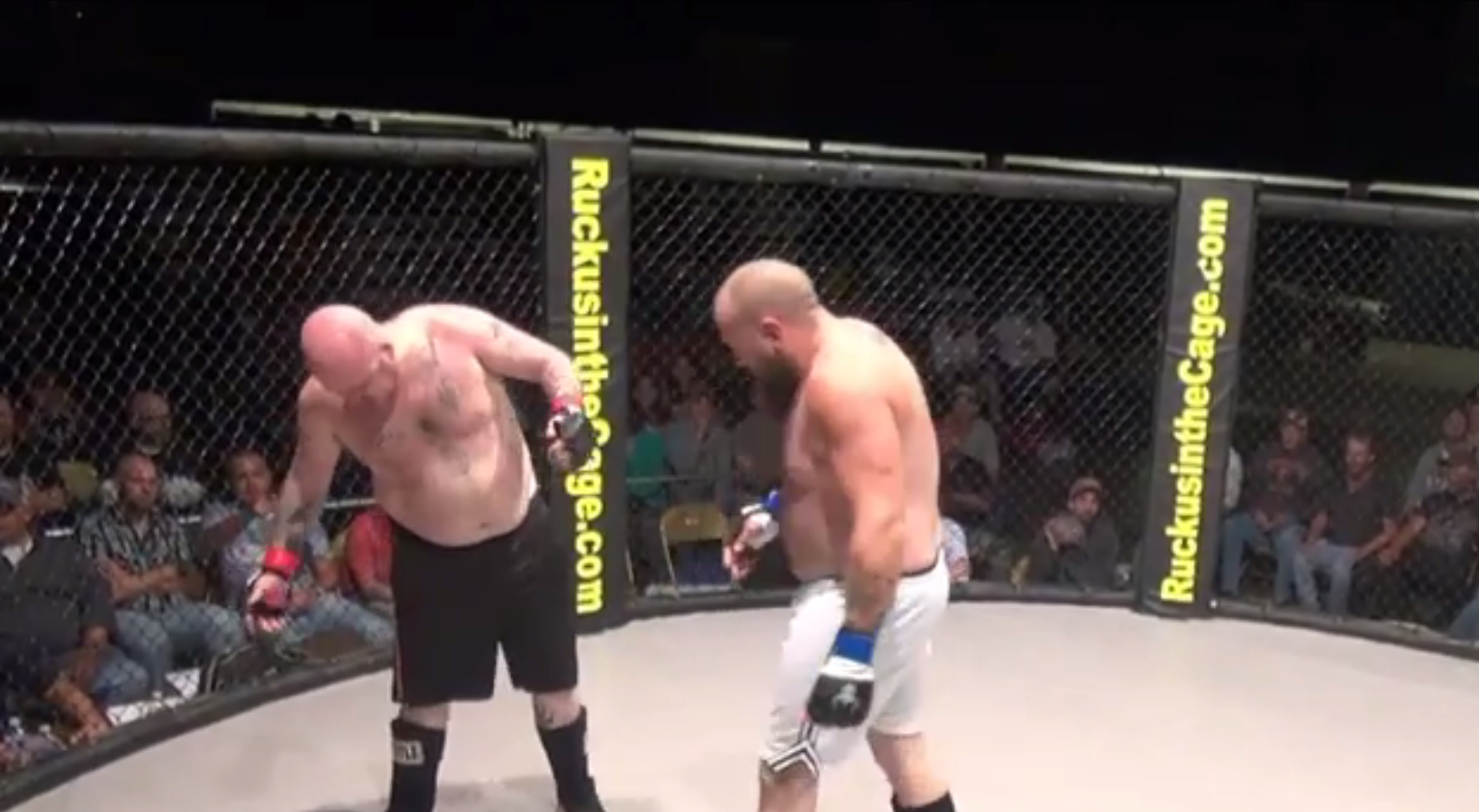 During Saturday’s “Ruckus in the Cage” match between heavyweight MMA fighters Daniel Cooper and Travis Wolford, one man released his bowels all over the mat and in an unsurprisingly modern fashion, it was all captured on video and uploaded to YouTube.

Before we show the video, we have to warn you, it’s pretty gross. You may very well be disgusted. Then again, it may be worth a laugh or two. All the same, just remember that we warned you!

As the video depicts, Cooper was laying down some smash hands on Wolford before he roped him into a guillotine choke and caused him to tap out virtually instantaneously.

After laying on the mat for just a matter of seconds following his tap out, Wolford stands with the help of his competitor and that’s when the fecal matter begins to fall.

Bloody Elbow reports that Chris Smith, the Ruckus in the Cage promoter, referred to the incident as “colossal explosion” in which “chili beans and everything he ate landed all over the mat.”

Never seen anything this gross in my entire career of promoting fights but shit happens and could happen to anyone. Daniel Cooper literally beat the crap out of “The Brown Bomber” Travis Wolford in Ruckus in the Cage in Beckley Oct. 3. Before the fights started he went to Chili Night and ate some hot chili. During his bout he had a colossal explosion where chili beans and everything he ate landed all over the mat.

What do you think, were the “chili beans” to blame for the embarrassing accident?