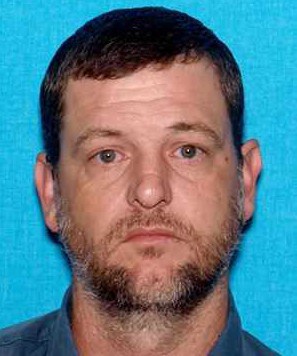 Daniel Lee Henry, a Tennessee man wanted in connection with a triple homicide, has been apprehended by the authorities.

His arrest, which took place on Saturday in New Orleans, Louisiana, comes less than 24 hours after he was placed on the Tennessee Bureau of Investigation’s (TBI) Top 10 Most Wanted list.

Both the TBI as well as the Washington County Sheriff’s Office were seeking Henry in connection with a triple murder after Washington County deputies discovered three dead adults inside of a Jonesborough home in which he lived.

The discovery was made after a woman in California called to notify the authorities that Henry had killed his family.

The home at which the gruesome discovery was made is located in the 100 block of Skyline Road.

WVLT reports that the triple murder suspect is currently incarcerated at the Orleans Parish Prison.

The 38-year-old murder suspect reportedly checked into a hotel under his own name, which allowed United States Marshals to track him down.

Washington County Sheriff Ed Graybeal was quoted by JCP as having said that the U.S. Marshals “entered the room on our warrant and took” Henry into custody.

According to Graybeal, all of the victims were “shot in the head,” but no weapon was found at the scene of the crime.

The California woman who dialed 911 to alert the authorities to the incident reportedly called the authorities after she received a phone call from Henry in which the recently captured murder suspect allegedly admitted to killing his family.