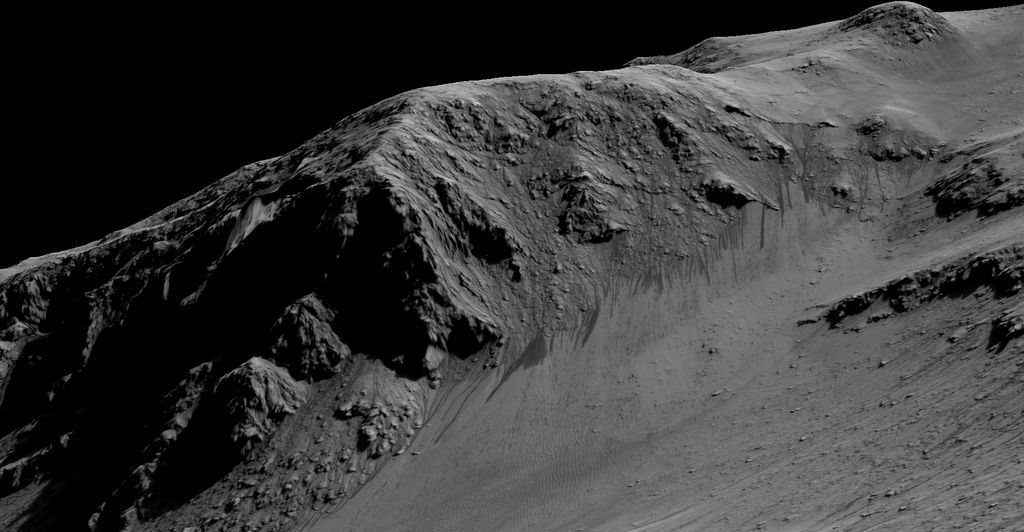 Early this week, NASA announced the incredible news that liquid water flows on the surface of Mars.

What this means is that Mars – technically – has the ingredients to support life, according to CNET. As Mars rovers cover the surface of the planet to collect data, researchers won’t be getting near the alleged water any time soon.

The darkish streaks in the photos from the Mars Reconnaissance Orbiter (MRO) indicating water flow show up over a steep climb up several slopes; a position physically unable to be accessed by the mars rover due to rough terrain.

Even if researchers could access the liquid water, a United Nations treaty written in 1967 doesn’t allow them to explore the possibility of liquid water on Mars. This treaty, known as the Outer Space Treaty, outlines the rules for space exploration along the principles of mutual cooperation. The rules clearly state that exploration on Mars be conducted in a way that avoids contamination from Earth life.

The regions on the planet where water appears are considered “special regions where we have to take extra precautions to prevent contamination by earth life,” said Rich Zurek, a scientist on the Mars Reconnaissance Orbiter team.

Because liquid water appears to be present, these regions are considered special regions where we have to take extra precautions to prevent contamination by earth life.

A “special region” on Mars is declared as a place where terrestrial organisms might survive and breed under the conditions of the plant by the Mars Exploration Program Analysis Group. Researchers might contaminate these special regions with microbes from Earth during exploration, so they are not allowed near these areas.

The current rovers used by researchers are not “sterilized to the degree needed to go to an area where liquid water may be present,” said Zurek.

Our current rovers have not been sterilized to the degree needed to go to an area where liquid water may be present.

Water is not the only sign of life on Mars. Before NASA announced that liquid water exists on the Red Planet, a team of designers from Clouds Architecture Office and Space Exploration Architecture (SEArch) were exploring ways to use ice as a shelter on Mars, reports Wired.

It has long been known that Mars is home to frozen water – ice – which could serve as a building material locally sourced. Homes built with ice would allow natural light to flow in due to the translucency of ice.

The team of eight researchers developed the Mars Ice House, a pyramid like structure that could be built by robots. They were awarded first place in a design competition for 3-D printed habitats made for future human inhabitants of Mars by NASA.