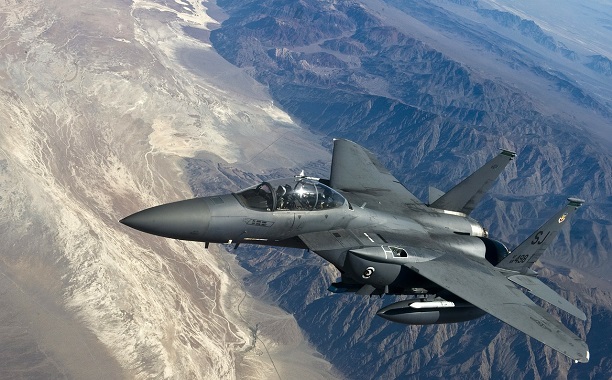 The United States launched new airstrikes against Islamic State militants in western Iraq to keep a vital dam under the control of the government.

The U.S. military attacked militants around Haditha Dam for the first time to broaden attacks against the extremists, who have declared a caliphate between the borders of Iraq and Syria, the Associated Press reported.

The American operations are now nearing the Syrian territory.

“We conducted these strikes to prevent terrorists from further threatening the security of the dam, which remains under control of Iraqi Security Forces, with support from Sunni tribes,” said Pentagon Press Secretary Rear Adm. John Kirby from Georgia.

He said the airstrikes destroyed five Humvees, an armed vehicle, a checkpoint and a militant bunker. The U.S. also carried out a separate airstrike that destroyed a Humvee at the crucial Mosul Dam in northern Iraq, which the Islamic State nearly conquered last month, Fox News reported.

U.S. Defense Secretary Chuck Hagel said it is critical for the U.S. to prevent militants from conquering the strategic dam because it will cause another big blow to Iraq and the U.S. in battling the Islamic State.

“Or if that dam would be destroyed, the damage that that would cause would be very significant and it would put a significant additional and big risk into the mix in Iraq,” he said.

The Islamic State fighters have been fighting to capture the Haditha Dam, which has six power generators located alongside Iraq’s second-largest reservoir. However, despite their attacks, Iraqi forces there, with the help of local Sunni tribes have been able to stop them.