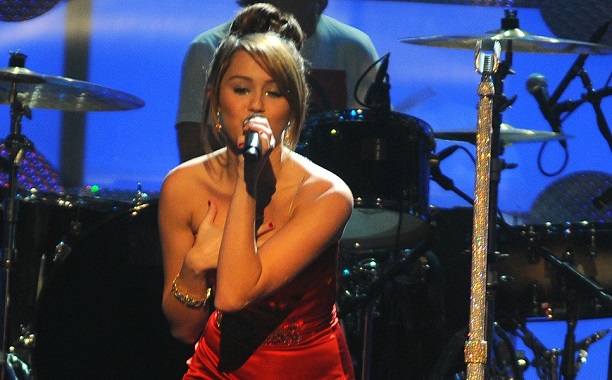 Miley Cyrus moved the world after she sent her homeless friend, Jesse Helt, on stage to accept the Video of the Year award for “Wrecking Ball” on her behalf. Helt delivered a poignant speech about the increasing homelessness in America.

“My name is Jesse, and I’m accepting this award on behalf of 1.6 million runaways and homeless youth who are starving lost and scared right now. I know this because I am one of these people,” Helt said nervously.

I have survived in shelters all over this city. Though I may have been invisible to you on the streets I have a lot of the same dreams that brought many of you here tonight.

The crowd cheered and applauded for Helt and Cyrus, who again shocked the world but in a good, un-twerking manner. Helt ended his speech urging people to donate to My Friend’s Place, a Los Angeles-based shelter for destitute.

But days after the highly talked about stint, more and more information about Helt and his troubled past–his police record, that is–surfaced.

Billboard reported that Helt, 22 and native of Salem, Oregon, has a pending warrant of arrest for allegedly breaching his probation after attempted to break into an apartment in October 2010. He was charged with burglary, criminal trespassing, and criminal mischief.

Helt, who was 18 at that time, pleaded guilty, and and sentenced to 30 days in prison and probation.

Months later, E! Online reported, Helt violated his probation on many occasions such as failing to report to his probation officer, violating his curfews, failing to take a drug test, and failing to make community service hours, among others. An arrest warrant was issued in November 2011.

Court records showed he was arrested as a juvenile three times, including possession of marijuana, and being a minor in possession of tobacco and liquor, the Associated Press reported.

The warrant, already three years old, is still in effect and the Oregon police were waiting to arrest Helt as he arrived at his mother’s home. Linda, Helt’s mother, said Cyrus sponsored her son’s visit to Oregon.

Cyrus, who was ready for the criticism of her statement, defended Helt.

“People who are homeless have lived very hard lives. Jesse included.” She then asked: “Does looking down upon the homeless help people excuse their inaction?”