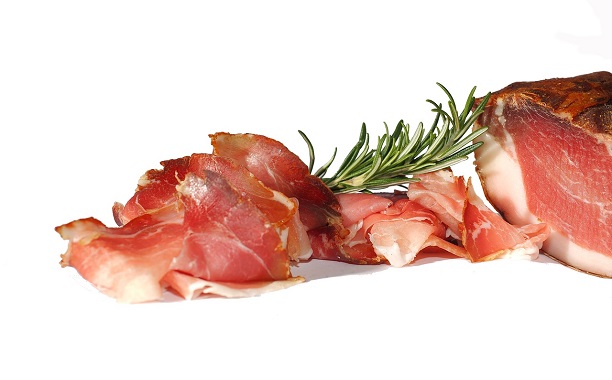 Vegans, vegetarians and bacon lovers alike might be surprised as well as delighted to learn that Oregon State University (OSU) is now manufacturing a form of seaweed that tastes like bacon.

Researchers at Oregon State University have patented a strain of dulse-seaweed with a distinctive bacon flavor when fried or smoked, Oregon Live reports. Dulse is a fast growing seaweed and researchers are already searching for other ways to experiment with the versatile product which produces a rich, meaty and salty flavor similar to breakfast lovers’ bacon.

Dulse grows along the coasts of the Pacific and Atlantic and is red in color, looks similar to lettuce and is loaded with minerals, vitamins and antioxidants known to nullify the effects of free radicals such as pollutants in the body.

The benefits of feeding dulse to abalone is that dulse absorb carbon dioxide and ammonia which abalone produce, transforming it into a protein source flourishing with nutrients.

Currently, the new product sells for $60 per pound.

In other news, a study published earlier this year has found the pesco-vegetarian diet to reduce colorectal cancer.

What do you think, does bacon flavored seaweed sound like a delightful new concoction or something out of a cuisine nightmare?