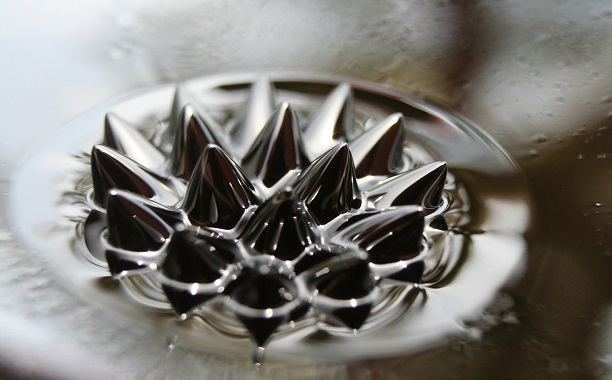 For years, scientists have been puzzled as to why plutonium, a metal, doesn’t stick to magnets. That is of course, until now, as scientists recently discovered plutonium’s “missing” magnetism, Live Science reported.

The findings, uncovered by Marc Janoschek of Los Alamos National Laboratory, reveal each of plutonium’s atoms to be surrounded by electrons which fluctuate in number and it is this fluctuation that goes a long way when it comes to explaining why the material is not magnetic, as the electrons are able to cancel out its magnetic potential. As the number of electrons continues to fluctuate, it becomes impossible for the north and south poles of a magnet to pair up accordingly with corresponding electrons. The effect is that magnets are unable to stick– or magnets with no magnetism, if you will.

Janoschek and colleagues placed a plutonium sample in their lab and fired a beam of neutrons upon their sample. Plutonium, unlike other metals, can have a minimum of four and a maximum of six electrons in its outer shell during a ground state. The majority of metals contain a fixed number of electrons, whereas plutonium has proven to be an anomaly in such regard.

The groundwork for Janoschek’s study was laid in 2007, when scientists from Rutgers University began to experiment with the concept that plutonium’s electrons were able to fluctuate rather than remain fixed.

Science Daily reports that plutonium was first produced in 1940 and is a common ingredient in nuclear weapons and nuclear fuels. Plutonium is known to be the most complex element on the periodic table despite its stature as a simple elemental metal.

The revelation surrounding plutonium is an exciting one for the world of science, as it enhances the ability of scientists to further manipulate the properties of metals. Janoschek referred to the discovery as a “big step forward” for not only scientific experimentation, but scientific theory as well.

This is a big step forward, not only in terms of experiment but in theory as well. We successfully showed that dynamical mean field theory more or less predicted what we observed. It provides a natural explanation for plutonium’s complex properties and in particular the large sensitivity of its volume to small changes in temperature or pressure.