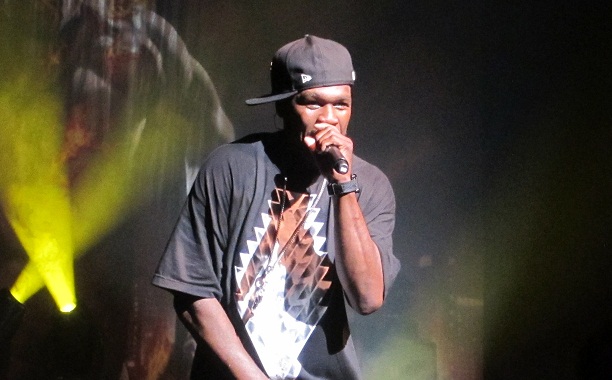 Just days after posting a hilarious video slamming Sean “Diddy” Combs for allegedly going after his son’s coach, 50 has made another Instagram video this time making fun of Rick Ross who was arrested on assault charges.

Soon after the public got wind of rapper Rick Ross’s arrest, 50 Cent was already on his funny bone. The rapper made a video of himself receiving a phone call that was notifying him of Rick Ross’ arrest. In the video, 50 Cent responds to the phone call by saying, “Kidnapped?! He told a nigga he couldn’t leave? I just realized why I don’t like that nigga Puffy. He gonna go bail that fat nigga out.”

The video was made after Ross was arrested for allegedly kidnapping and assaulting a man.

Not one to miss a marketing opportunity for his vodka brand, Effen Vodka, 50 turns the whole thing into an alcohol brand competition, slamming Diddy’s Ciroc and Ross’s Rozay brands by saying, “No more ‘Puffy Juice’, no more Belaire!”

Fifty first got in the news for slamming an industry mogul when he poked fun at Diddy for allegedly going after his son Justin Comb’s football coach at UCLA with a kettlebell. He posted a video on Instagram showing himself pretending to go bail out Diddy.

In the video, he stated:

Puffy is in a UCLA campus jail right now! Sh*t got real with the coach! We got to go get him!…yeah man, you know how sh*t goes (…) Yeah man they say Puffy went Ciroc coco on the coach with a kettlebell… all this sh*t started since Drake man.

50 was making a reference to an incident that occurred last year when Diddy allegedly punched rapper Drake in the aforementioned comment.

The video did not stay up for long though. 50 deleted the video immediately after Diddy was charged with three counts of assault using a dangerous weapon. 50 told the Huffington Post that he deleted the video after the charges were filed because it wasn’t funny any more. He said,

That’s when it stops being funny.

What do you think of 50’s remarks?