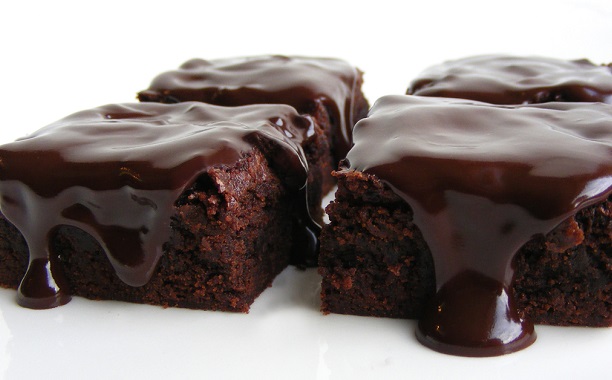 Eating a little bit of chocolate everyday could help your heart, according to a new study.

In the study, which was published in the journal Heart, researchers found habitual chocolate eaters to exhibit a lower risk of strokes and cardiovascular disease in comparison to those who didn’t eat chocolate.

The researchers tracked and surveyed roughly 20,000 adults in England over the course of about 12 years, gauging their chocolate consumption by analyzing food-frequency data acquired through surveys.

Participants of the study who were in the top tier of chocolate consumption — those who ate the most chocolate on a regular basis — saw a 12 percent risk of developing or dying from cardiovascular disease, compared to 17.4 percent for non-chocolate eaters, according to Howard LeWine’s calculations on the Harvard Health Blog.

The study’s findings accumulate alongside prior evidence which suggests polyphenols, a bioactive component found in cocoa beans, might help protect against heart disease. In regards to these cocoa-derived bioactive components, Dariush Mozaffarian, dean of the Friedman School of Nutrition Science and Policy at Tufts University, said that they “seem to improve the health of our blood vessels,” NPR reported.

As the recent study does not offer proof of a cause-and-effect relationship between chocolate and reduced heart disease and stroke risk, a group of researchers arbitrary to the study is about the launch a large-scale clinical trial of the polyphenols found in cocoa beans.

One of the researchers from the upcoming clinical trial, JoAnn Manson, chief of the Division of Preventive Medicine at Brigham and Women’s Hospital in Boston, indicated that the group of researchers will be “testing them in capsule form” in order to isolate the bioactive compounds from “the sugar, fat and calories” contained in an ordinary candy bar.

For anyone who has ever noticed and wondered about that white stuff on chocolate, you’re certainly not the only one, as scientists actually took the time to X-ray and analyze the substance in order to determine exactly what it is and how it occurs. As it turns out, the “white stuff” is merely liquid fat which migrates to the surface, crystallizes and forms a fat bloom.