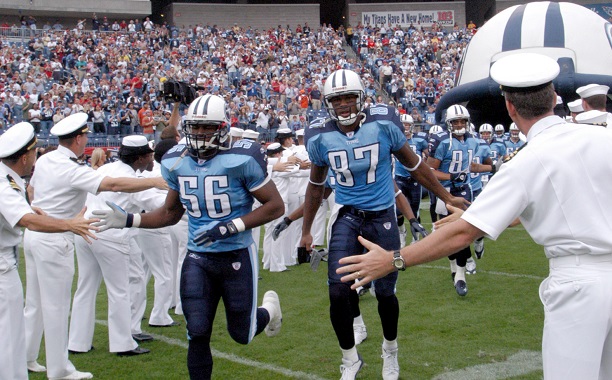 Steve Underwood will remain president of the Titans for the duration of the 2015 season.

Underwood became interim president of the Titans back in March after the departure of the former president Tommy Smith. Underwood, who had retired from the franchise, was called upon to lead the team through the season and also to head the search for a new president for the NFL team.

On Tuesday this week, Titans ownership revealed their plans to have Underwood lead the team through to the end of the season for the sake of stability, FOX Sports reported. Ownership stated that the team had already gone through a lot of changes with Smith stepping down after only 17 months as president and Amy Strunk taking up the lead role of ownership head.

Strunk released a statement on Tuesday in which she indicated that the organization “will review the situation at some point after the 2015 and make a final decision about how to proceed with filling the position on a permanent basis, as we are committed to having a CEO/president in Nashville.”

Our organization has undergone a great deal of change over the last year and a half. We believe that stability is important, and that has become more evident over the last two months as we examined how to best proceed with this position. Steve has a strong understanding of our organization and the NFL from his years of service, and he gives us that stability. We will review the situation at some point after the 2015 season and will make a final decision about how to proceed with filling the position on a permanent basis, as we are committed to having a CEO/president in Nashville.

Underwood expressed his enthusiasm for the job and reiterated that he would serve until the season was over. He, however, stated that he has no intention of staying longer than this season in his present role as president, as “permanent retirement is not something” that he’s looking for after having been retired for several years.

I have been retired for several years (…) Certainly I would help (the family) through whatever transition they need to make moving forward, but permanent employment is not something I am looking for. While I do want to do everything I can in the present to help us be a better organization, it isn’t something I am looking to start a second career in.

ESPN reports Amy Adams Strunk, who is one of Bud Adams’ daughters, is operating as controlling owner and according to Underwood, the club is “heading in a great direction moving forward.”

I speak to Amy almost every day about the business affairs of the club (…) I think we’re heading in a great direction moving forward.

What are your predictions for the 2015 season?