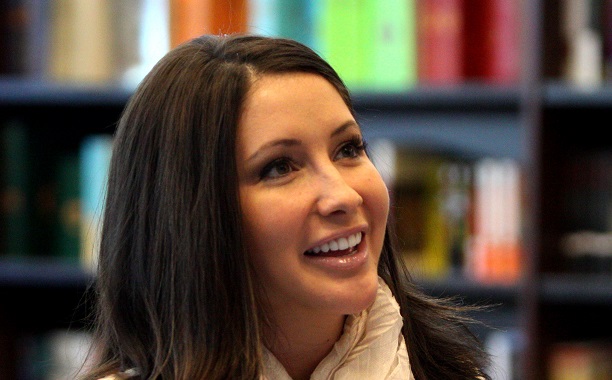 Bristol Palin, the 24-year-old daughter of former Alaska state Governor Sarah Palin, has criticized Miley Cyrus in an blurb posted on her Patheos blog in which she refers to Miley’s “tirade about tolerance” as “hilarious” and head turning.

While her nude photo shoot has attracted the attention of many, it is her hilarious tirade about tolerance that turned my head.

Her remarks come in response to 22-year-old Tennessean’s cover story in Paper magazine in which the popular artist spoke candidly about her lifestyle, politics and sexuality. But perhaps most notably, the same cover story in which the daughter of Billy Ray Cyrus appeared nude.

More as it pertains to Bristol, the daughter of Conservative leader and former Republican presidential candidate Sarah Palin, the young artist behind such hits as “Wrecking Ball” and “Party In The USA” expressed her own detest for Christians and conservatives alike.

In her blog post, the young Palin writes that Miley wants everyone to let her be free to be herself, “but seems unwilling to offer the same respect to her parents and those who wish to live out their Christian faith.” She then wraps up her post, or “rant” as E! Online has referred to it, by referring to Miley’s “tolerance” as “contempt.”

Is it just me or does it seem more than a little fake that someone claiming to be accepting of everyone and everything would spew such  judgment towards her own parents and their deeply held religious beliefs? (…) She wants everyone else to let her be “free to be Miley,” but seems unwilling to offer the same respect to her parents and those who wish to live out their Christian faith. (…) Oh, Miley.  Thanks for giving us the best example of what “tolerance” looks like in Hollywood: it looks a lot like contempt.

Entertainment Tonight pointed out that Miley was raised Christian.

Chime in with your thoughts in the comments section below to let us know what you think about Bristol Palin’s criticism of Miley Cyrus.