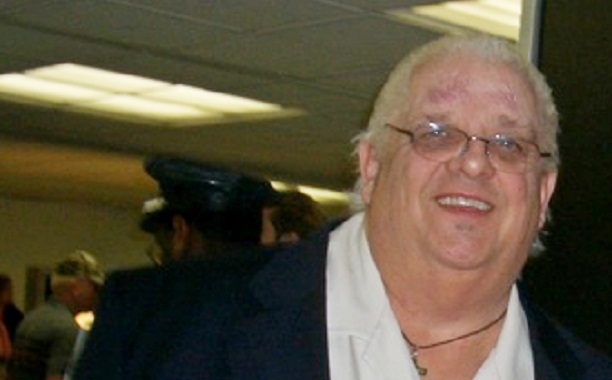 While the WWE reported on Dusty’s passing, their report made no mention of location or cause of death, however, TMZ indicated in a report that emergency personnel responded to the late professional wrestler’s home in Orlando, Florida at 5:56 a.m. on Wednesday morning after having received a call regarding a 69-year-old man who had taken a fall.

The man, reportedly none other than Dusty Rhodes himself, was then rushed to a nearby hospital where he passed away on Thursday morning.

According to TMZ‘s sources, Dusty, who was inducted into the WWE Hall of Fame back in 2007, suffered “numerous complications” throughout the night, which ultimate proved to be fatal.

The WWE extended its “sincerest condolences” to the Runnels family as well as friends and colleagues of the late three-time NWA Champion.

David Meltzer with Wrestling Observer reported that “his kidneys were shutting down and he started to get dehydrated.”

(Dusty) had a fall at his house earlier Thursday, his kidneys were shutting down and he started to get dehydrated.

The late Runnels, who also went by the ring names “Uvalde Slim” and “The Midnight Rider” was born on October 12, 1945 in Austin, Texas. He retired from professional wrestling back in 2007 after having debut nearly four decades before, back in 1968.

In other coverage here at Immortal News, Ernie Reyes Jr. from the original Teenage Mutant Ninja Turtles movies is suffering from kidney failure and in need of a life-saving kidney transplant for which his family has setup a fundraiser.

While Dusty Rhodes has died, his legend lives on.