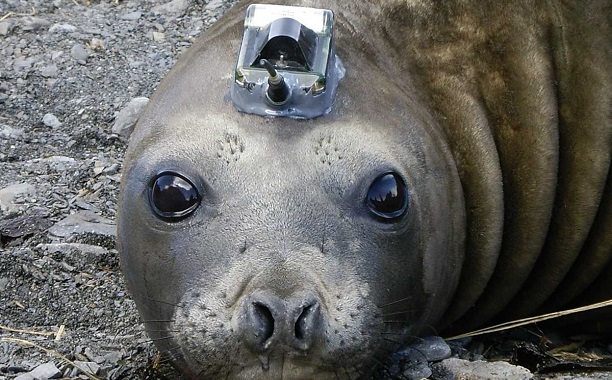 While humans find difficulty in traversing the cold waters of Antarctica, elephant seals do not. So it shouldn’t come as too much of a surprise to find that scientists have been using them to monitor the most remote oceans in the world.

The sensors, a form of wearable technology, are attached to the foreheads of seals captured by the international scientists behind the project. The team has, in total, involved over 1,000 seals since it began over a decade ago, back in 2004.

On Monday, the scientists launched the online portal Marine Mammals Exploring the Oceans Pole-to-pole to host all of the data their swimming, living sensors have collected up until now. According to a report on Gizmodo, the portal also contains a total of 77 research papers based on the data acquired through the project.

In regards to the data acquired by the seal-attached sensors, Mike Fedak, head of the Sea Mammal Research Unit at St. Andrew’s University which developed the tags, was quoted by Discovery News in a report as having said that they’re “taking data from places where there has been virtually no data before.”

Fedak told the AFP that the “data can be used in lots of different ways including for measuring the movements of glaciers, which impacts on the world’s oceans”.

They are taking data from places where there has been virtually no data before. It’s unique (…) This data can be used in lots of different ways including for measuring the movement of glaciers, which impacts on the world’s oceans

When the seals dive down to depths as deep as 6,890 feet, the sensory equipment records the data and creates a profile. Each profile represents a single dive and the project, since it commenced roughly a decade ago, has generated some 400,000 environmental profiles from seal dives.

As for the rugged sensors themselves, they’re battery powered, weigh one-pound each, are attached to the marine mammals with glue and transmit a combination of temperature and salinity measurements to satellites in space which bounce the signals back to the scientists behind the project.

In other seal related coverage here at Immortal News, researchers at New Zealand’s University of Otago have discovered the oldest known fur seal’s remains, effectively filling the five-million year gap in the evolutionary chain between seal lions and fur lions.