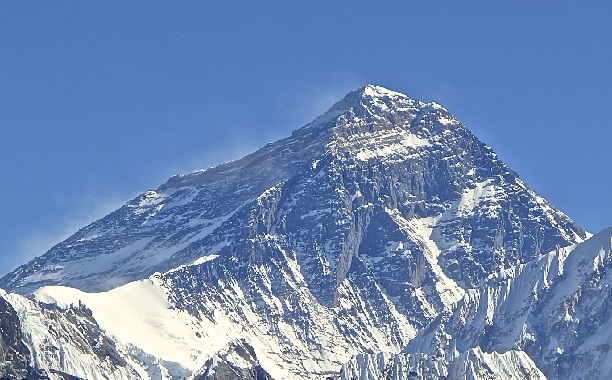 Climate change is a big issue around the world these days and now scientists are indicating that the massive glaciers surrounding Mount Everest could, if humanity continues to emit green house gasses at its current rate, melt by the end of the century, according to a recently published study in the European Geoscience Union’s journal The Cryosphere.

According to the NY Times, lead researcher Dr. Joseph Shea and his colleagues started with a computer model of glacier melt, accumulation and redistribution, which they customized with data pertaining to temperature, precipitation, measurements from the field and remote-sensing observations of the Dudh Koshi basin collected over the course of 50 years.The Dudh Koshi basin contains several of the world’s highest peaks, including Mount Everest.

The model took into account just how much mass glaciers gain from snowfall and the redistribution of the mass as a result of continual downward movement. The researchers applied the model to eight future climate scenarios, ranging from moderate emissions reductions to no reductions whatsoever.

Apparently, the researchers weren’t expecting such “frightening” results, as Dr. Shea was quoted by The Mirror as having said that they “did not expect to see glaciers reduced at such a large scale.” He went on to say that the numbers derived from the study’s findings “are quite frightening.” Shea notes that even if we cut down on green house emissions, we could still be looking at as much as 70% of the glacier disappearing.

We did not expect to see glaciers reduced at such a large scale. The numbers are quite frightening.

If they do disappear, it might be a lot less of a hassle for climbers, mountaineers and the like to reach the top of Mount Everest, but according to The Mirror, such a trivial notion would be accompanied by grave consequences for millions of people depending on the water melting off the Himalayas.

In a related coverage here at Immortal News, a study found that microbes eating melting arctic ice could prove to be a major source of carbon emissions.