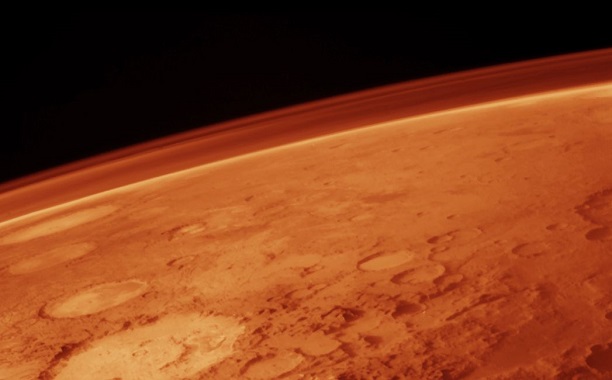 While there are those who speculate that the recently detected methane spikes on Mars were caused by faulty sensors on NASA’s Mars rover Curiosity, scientists continue to debate the source of the odorless and colorless gas, however, they appear to be united in at least one aspect: determining the methane’s source.

Scientists have been publicly disagreeing on the source of the methane detected in the Mars atmosphere since it was first discovered by the Mariner 7 back in the late 1960s. The periodic readings have made it difficult to isolate a single source of the gas.

The implications of methane on the red planet are profound to astrobiologists and stargazers alike, as the existence of organic chemical methane could be evidence of life on Mars.

At the American Geophysical Union last June, it was again announced that there have been significant findings involving organic chemical methane on Mars. This has sparked a series of public speculations by some of the field’s most respected scientists.

Astrobiologist Dr. Daniel Glavin was quoted in a NASA transcript as having, “It could be biological, from maybe methanogenic bacteria deep in the subsurface releasing methane.” He explained that there were other possible causes of the methane reading as well which include what he referred to as “non-biological explanations” such as “water-rock interactions in the subsurface that could also produce the methane signals that we’re seeing.”

Now at this point we don’t know the origin of this methane. It could be biological, from maybe methanogenic bacteria deep in the subsurface releasing methane. But there are non-biological explanations as well – such as water-rock interactions in the subsurface that could also produce the methane signals that we’re seeing.

Other scientists, such as Kevin Zahnle, have received a considerable amount of attention lately for their skepticism. At a seminar held by the NASA Astrobiology Institute’s Virtual Planetary Lab in April of 2015, Zahnle stated he’s thinking that the methane “has to be coming from the rover.” Zahnle has been a scientist at the NASA Ames Research Center since 1988 and has previously proposed that Curiosity contains enough methane to generate such a reading.

Dr. Michael Mumma, a scientist involved in the discovery, came out and said that Zahnle and his fellow skeptics have been “a disservice” to the progress of discovery on Mars, the Daily Mail reported.

The Curiosity team is aware of the methane on-board and maintains that it is not the source. Chris Webster, a senior research scientist at NASA’s Jet Propulsion Laboratory, has called such speculations “misleading” while stating that the NASA researchers “are continuously monitoring that methane amount, and there hasn’t been evidence of any leakage during the entire mission.”

Do you think there’s organic life on the red planet?