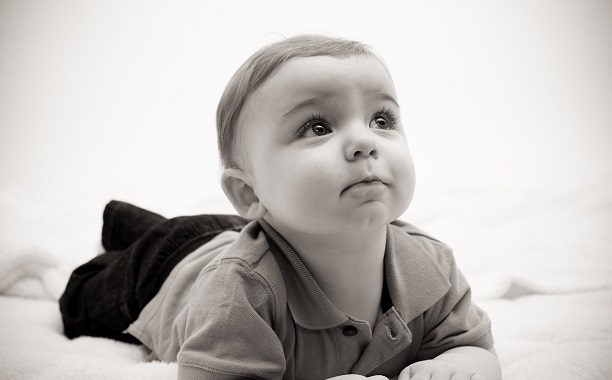 The German woman, Annegret Raunigk, gave birth to three boys and a girl on Tuesday May 19, 2015. According to The Telegraph, the new-born babies weighed between one-pound seven-ounces and two-pounds two-ounces. According to the medical staff at the Berlin Hospital, all four newly born babies have a strong chance of survival.

Life News reported that the pregnancy was without any major complications, however, the doctors who delivered the quadruplets were forced to deliver the babies by means of an emergency cesarean section— also known as a c-section.  The babies were delivered in a hospital located in Berlin, Germany.

There are some complications stemming from the babies having been born during the 26th week of pregnancy. Heike Speda, an RTL reporter whose been granted exclusive access to the story, indicated that Ms. Raunigk is doing well and that there’s essentially “no medical risk” at this point.

The German teacher decided to become pregnant once again after her 9-year-old daughter expressed her desire to have some younger siblings. Traveling to Ukraine for a procedure illegal in Germany, Rauniek was implanted with a delivered egg, which was fertilized with donated sperm.

The same German woman also made headlines 10-years-ago, at the age of 55, when she gave birth to her thirteenth child, Leila. Speaking at the time, she claimed to be confident in her physical fitness as well as her organizational skills as a mother, but it simply allowing things to occur in a “rather spontaneous” fashion.

I’m not actually afraid. I simply assume I’ll remain healthy and fit. In matters of organisation I have enough experience, that’s not new for me. At first, I only wanted one child. Not all were planned. But then things happen. I’m not a planner, but rather spontaneous. And children keep me young.

The doctors were concerned with the woman’s age, questioning her physical ability to bear four children. Prior reports indicated that it had taken her several attempts over the last year and a half to become pregnant. She defended her decision to keep birth the quadruplets as she stated that critics “can see it how they want to,” but she’ll “see it the way” she thinks “is right.”

They can see it how they want to, and I’ll see it the way I think is right.

Ms. Raunigk was later quoted by The Telegraph as having said that she’s “of the opinion that everyone should live their life as they want to. Because this possibility exists and is used by thousands of people, I’m allowed to use it, too.”

She admitted to having been shocked when the doctors told her that she was having quadruplets, but refused to reduce the number of embryos through a “selective reduction” – a procedure where one or more fetuses get aborted. The reason behind the quadruplets came as a result of the IVF procedure in which more than one embryo was implanted with the hopes of at least one of them surviving. The doctors then reduce the number of embryos to the desired number by aborting the remainder, which is done in order to ensure a safe and healthy pregnancy as carrying additional babies is seen as high-risk in regards to pregnancy.

German MP Karl Lauterbach, who referred to the grandmother’s decision as “very questionable,” indicated her belief that such pregnancies “cannot be allowed to become an example for anyone to follow.”

Such a pregnancy cannot be allowed to become an example for anyone to follow. We can’t just do everything because we’re medically able to do it.

To the contrary, chairman of the British Fertility Society, Professor Adam Balen believes that the hospital is to blame for their irresponsibility and not the mother, as Balen indicated that the risk of a woman becoming pregnant and carrying a child “increases significantly when the woman is over the age of 50” and the hospital “would not usually treat a woman over 50.” He added that for women over the age of 50, only one embryo would be transplanted.

Angel LaLiberte, founder of the online forum A Child After 40, indicated that she believes that society is making swift judgments against older mothers while “millions of grandmothers have been quietly raising their grandchildren for years without public criticism or concern.” She also believes that it seems unfair to “point fingers in a negative way at a 65 year old woman” when at the same time, society congratulates “older dads like David Jason, Robert DeNiro, Rod Stewart and so on.”

Ms. LaLiberte also believes that society is too judgmental and forgets that a parent’s age is not the most important variable when it comes to being a parent.

There are too many unwanted children in the world, so why criticise a mother whose child is clearly very much wanted?

Raunigk now plans to move closer to her other children, to a town in the German state of North Rhine-Westphalia. For most of her life, she has been a single mother and is now planning on retiring to devote herself to raising her kids. She hopes to pay for the babies’ upbringing through sponsorship deals and media coverage.