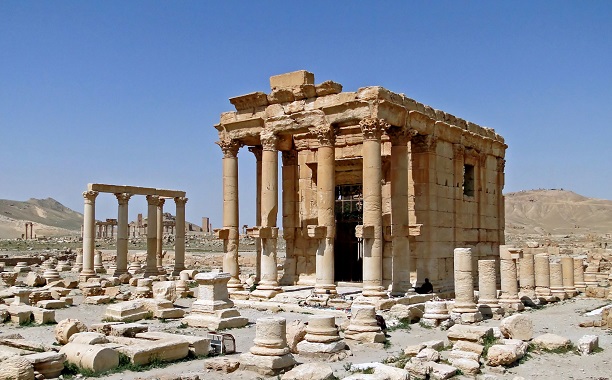 The infamous Tadmor Prison in eastern Syria has been seized by the Islamic State following their attack on the ancient Syrian city of Palmyra and while reports regarding the release of inmates have yet to be confirmed, the notion of freed inmates could prove to be a valuable propaganda asset for the Islamic extremist terrorist group.

The Islamic State of Iraq and the Levant (ISIL), which is also known as the Islamic State of Iraq and Syria (ISIS), is reportedly all over the city of Palmyra following the group’s destructive takeover of the city which sent Syrian government forces fleeing. In the words of a 26-year-old Syrian who was quoted by CNN, ISIS fighters “are everywhere.”

While the potential release of inmates from Tadmor military prison at the hands of ISIS is certainly newsworthy, present news headlines regarding the takeover appear to be focused on the threat of destruction of a UNESCO World Heritage Site which the U.N. group describes as “the monumental ruins of a great city” which stood “at the crossroads of several civilizations”.

An oasis in the Syrian desert, north-east of Damascus, Palmyra contains the monumental ruins of a great city that was one of the most important cultural centres of the ancient world. From the 1st to the 2nd century, the art and architecture of Palmyra, standing at the crossroads of several civilizations, married Graeco-Roman techniques with local traditions and Persian influences.

The United Nations aren’t the only ones who have expressed fears that ISIS will destroy the ancient ruins, as CNN reported that Syrian officials have also expressed the same fear. Their fears appear to be founded in light of the groups prior decisions to smash statues in Iraq’s Mosul Museum and flatten the ancient Assyrian city of Nimrud.

The Palmyra ruins date back to the first century BC.

As for the fall of the notorious military prison and unconfirmed reports of freed inmates, such notions offer no solace to some former inmates, as former inmate Barra Sarraj told the BBC that while the release of Tadmor prisoners is the “most important” part, he wishes the liberators were Syrians instead of ISIS.

I think it’s very important for the prisoners to get out, that’s most important. But on the other hand, I wish the liberator to be the Syrians, not ISIS

The prison, which was originally built by the French during their decades-long mandate, has come to represent the successive crackdowns on dissent in the civil war-torn country. Human Rights Watch refers to the infamous facility as a prison in which “extremely brutal abuses” have occurred since as far back as 1980.In other coverage of the Syrian conflict here on Immortal News, the Syrian government previously indicated that it is willing to cooperate with any state to fight the ISIS forces which seek to establish a caliphate in Syria as well as Iraq.