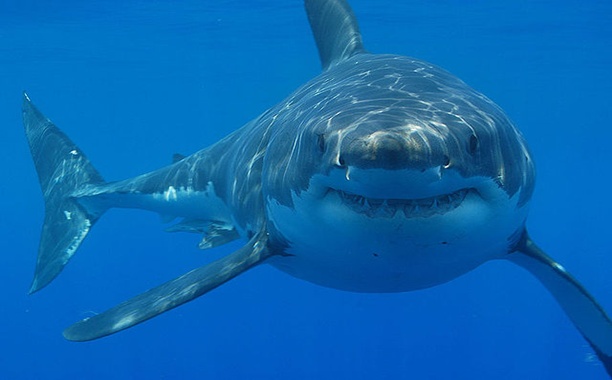 Mary Lee, a 3,500 pound tagged great white shark, not to mention the newest Twitter sensation, could be pregnant.

According to a report from Discovery News, Mary Lee (@MaryLeeShark), has been making her way up the U.S. Atlantic coast and seems to be heading to known shark breeding grounds along Cape Cod.

The shark’s movements indicate the possibility that it’s pregnant and subsequently heading north to deliver its offspring.

Mary Lee is one of several sharks tagged by the non-profit OCEARCH, which maintains a mobile tracking site for sharks.  The group uses tags that activate whenever the shark’s dorsal fin breaks the surface of the ocean.

Lee was originally tagged back in 2012, but only began to tweet earlier this year.  At the time this story was covered, she had over 61,800 Twitter followers.

In a report on CBS Miami, Chris Fischer with OCEARCH, indicated Mary Lee’s recent rise to Twitter stardom to have been the result of an accident.

Someone started tweeting on behalf of Mary Lee the shark and at OCEARCH we’re all about including everyone in trying to solve this puzzle and we just started amplifying that and it’s really taken on a life of its own.

The fake Twitter features real updates on Mary Lee’s travels via the OCEARCH tracker and humorous updates on her alleged thoughts, such as one which indicated that “there are sharks in the ocean” at all times, but there’s no need to “panic because I’m pinging.” Yet another tweet humorously indicated that folks “seem to swim faster when I appear.”

OCEARCH tags and tracks sharks in an attempt to learn more about their habits.  The non-profit hopes to take advantage of Mary Lee’s popularity in order to enhance people’s understanding of great whites while emphasizing that they are not as dangerous as some have been led to otherwise believe.

“We’re not only solving the puzzle of her life to protect her but we’re giving her a voice to shift the tone in conversation around her and other white sharks like her,” Fisher said.

The great white was made infamous due to the release of the Jaws movie back in 1975; a film which featured a great white terrorizing an island community.

Here at Immortal News, we reported on another great white sighting off the coast of Washington back in February.