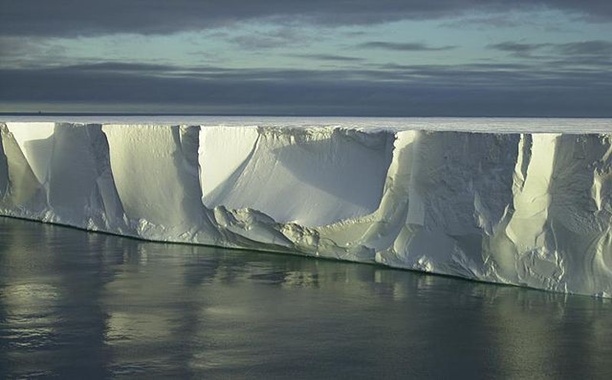 A 10,000 year old Antarctic ice shelf could disappear in the next five years, according to a new study conducted by researchers at the National Aeronautics and Space Administration (NASA).

In the study, NASA researchers found that the last remaining section of Antarctica’s Larsen B Ice Shelf, which partially collapsed back in 2002, to not only be weakening quickly, but likely to disintegrate entirely before this decade comes to an end.

Located on the coast of the Antarctic Peninsula, the Larsen B remnant covers roughly 625 square miles and is about 1,640 feet thick at its thickest point.

Larsen B is an ice shelf which keeps glacial ice from entering the ocean faster and accelerating the pace of global sea rise. It has three major tributary glaciers named Leppard, Flask and Starbuck — the latter two were named after characters from Moby Dick.

Leppard and Flask were found to have thinned by a total of 65-72 feet.  The fastest-moving part of Flask has accelerated 36 percent by 2012 to a flow speed of 2,300 feet a year – comparable to a car accelerating from 55 to 75 miles per hour.

According to Ala Khazendar of NASA’s Jet Propulsion Laboratory (JPL), the study’s findings are both “fascinating” as well as worrisome.

These are warning signs that the remnant is disintegrating. Although it’s fascinating scientifically to have a front-row seat to watch the ice shelf becoming unstable and breaking up, it’s bad news for our planet. This ice shelf has existed for at least 10,000 years, and soon it will be gone.

Khazendar noted that the estimate of the remnant’s life span is based on the likely scenario that a huge widening rift has formed near the ice shelf’s grounding line and will eventually crack all the way across.  The free-floating remnant will shatter into hundreds of icebergs that will drift away and give the glaciers a clear path to the sea.

CNN reported that the disintegrating state of Larsen B first came to light after a partial collapse in 2002, which was said to have been triggered by a series of warm summers on the Antarctic Peninsula which built up to a particularly warm summer in 2002.

Larsen B measured 4,445 square miles back in January 1995.  The collapse in February of 2002 brought it down to 2,573 square miles, which then dropped to a mere 1,337 square miles just one month later.  As of present, CNN reported the size of Larsen B to be 618 square miles, or what is roughly half of the size of Rhode Island.

As reported earlier on Immortal News, Antarctica might have seen its hottest day ever recorded this past March.