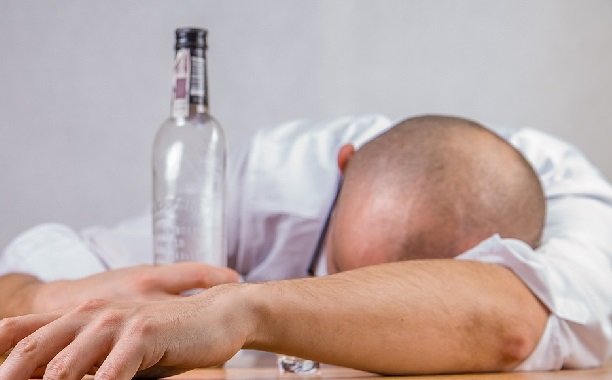 After a night of heavy drinking, one might want to consider keeping the children’s diarrhea medicine known as Pedialyte close by, as the oral electrolyte once intended for kids is now being marketed to adults as a cure for the common hangover.

Now in direct competition with PepsiCo Inc.’s Gatorade, Pedialyte’s adult consumption has, according to the Wall Street Journal, risen nearly 60 percent since 2012, with adults now comprising more than a third of Pedialyte’s sales.

Pedialyte, which is owned by Similac formula parent Abbott Laboratories, claims on its website that its products “help prevent dehydration and replace nutrients and electrolytes lost through vomiting and diarrhea” in kids, but now the company is marketing its product to adults as a cure for the lingering effects of binge drinking, as one can see in tweets from the company’s confirmed Twitter account.

Heather Mason, an executive vice president at Abbott Laboratories, told Market Watch in an interview that an “underground movement” on social media exists, which includes the likes of such artists as Pharrell Williams, and it it’s this underground social media movement that is responsible for the company’s dramatic growth over the course of recent years.

There’s an underground movement in social media to drive word of mouth (…) We saw increased use by adults. We have high electrolyte and lower sugar content than common (hydration) beverages. That combination caused us to say, ‘We need to be part of this.’

Market Watch reported that the children’s diarrhea formula has been used by hungover college students as well as serious athletes.

Have you ever used Pediolyte to cure a hangover?