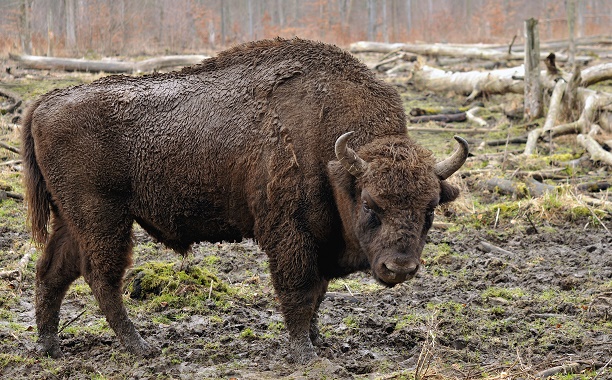 A visit to the Yellowstone National Park resulted in a 16-year-old girl being airlifted to a nearby hospital after she was gored by one of the park’s inhabitants: a wild bison.

A spokesperson for the Park said in a statement that while hiking near the Old Faithful Geyser, the family joined a group of people watching a bison grazing adjacently to a nearby trail and according to first-hand reports, the group approached the bison— leaving a mere three to six feet of space between themselves and the wild beast. When the girl turned her back to the wild animal in order to pose for a picture, the bison lifted its head, took a few steps, and then proceeded to gore her.

The National Park Service stated in a news release that it wants to remind visitors that even animals near a trail or boardwalk in Yellowstone National Park are wild and while they may appear calm, you should not approach the wildlife. The statement also noted that bison are capable of sprinting three times faster than humans and are unpredictable as well as dangerous.

Just because an animal may be near a trail or boardwalk does not mean it should be approached within the recommended safe distances. Visitors are advised to give the animals enough space and be willing to alter their plans to avoid interacting with an animal in close proximity.

The NY Daily News indicated in a report that the teen, an exchange student from Taiwan, had been visiting the park with her host family at the time of the unfortunate incident. And although the unidentified girl’s injuries were serious, they were not life threatening.

In other Yellowstone coverage here at Immortal News, black bears chased some tourists who fled in fear of the mid-sized forest dwellers.

Would you approach a wild bison if you came across one in Yellowstone National Park?