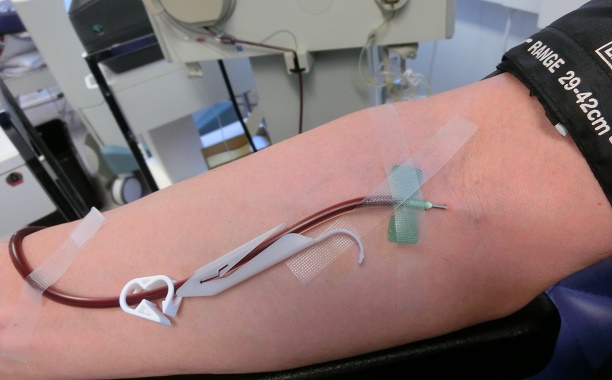 The FDA announced back in December of 2014 that it would be recommending the removal of an indefinite ban on blood donations from gay and bisexual men, allowing such men to donate blood provided that they haven’t had sex with another man in the past 12 months.

A copy of the FDA’s proposed draft details the implementation of the proposed change, which would bring the United States in line with regulations seen in numerous countries around the world, which include the United Kingdom, Australia, Sweden and Argentina.

In the wake of the U.S. HIV/AIDS epidemic back in 1977, the FDA barred blood donations from any man who had engaged in sexual intercourse with another man, The Washington Times reported.

The FDA indicated on Tuesday that it has taken steps to implement a national blood surveillance system designed to help the agency monitor the safety of the U.S. blood supply and to determine future actions pertaining to the nation’s blood policy. In other words, as the Huffington Post reports, the FDA will be watching to see if the rules regarding blood donations can be altered down the line.

While the new policy is a step in the right direction toward an ideal policy that reflects the best scientific research, it still falls far short of a fully acceptable solution because it continues to stigmatize gay and bisexual men.

Gay rights activists have campaigned for a change in blood donation regulations for both gay as well as bisexual men for many years and some believe that the newly proposed guidelines are inadequate, as they simply don’t go far enough.

In other health coverage here at Immortal News, chemicals found in pizza boxes cause health problems and lead to cancer.