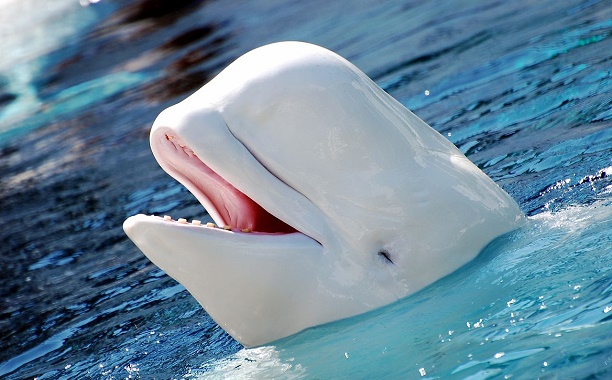 A team from Mystic Aquarium is heading to Rhode Island after three Beluga whales were spotted near Jamestown.

“While only video footage is available at this time, the behavior witnessed looks to be normal,” Mystic Aquarium’s lead Veterinarian Dr. Allison Tuttle said in a statement.

NBC News indicated in a report that the Mystic Aquarium, including biologists, Beluga whale experts, veterinarians, and members of the animal rescue team. are working with National Oceanic and Atmospheric Administration fisheries and local authorities to find the three whales to investigate further.

A second team of Mystic scientists drove to Jamestown on Monday in order to board a boat from the R.I. Department of Environmental Management to get a chance at obtaining a closer look at the whales, the Providence Journal reported. The white whales live in the arctic and subarctic and don’t normally come this far south.

In the last 10 years, solitary belugas have appeared in Southern New England, including one seen in the Taunton River last year.

It’s a sign of the times that the environment is really changing.

Tracy indicated that the DEM boat would make observations without getting too close to the whales and that the Mystic Aquarium team wants “boats to stay away,” as they “don’t encourage people to go out and get close to them” and it’s “actually the law.”

All marine mammals are protected under the Marine Mammal Protection Act.

“Maybe they’re just down here feeding,” Tracy proposed while adding that what they “would hope is that they would head back north.”

In other ocean related news here at Immortal News, a recent lokiarchaeota discovery has helped solve the mystery behind the evolution of complex cells.