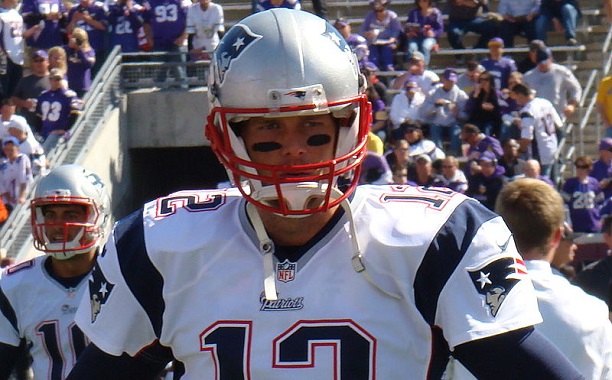 The verdict is out on the deflategate scandal and Tom Brady has found himself suspended by the NFL for four games after last week’s Wells Report found strong evidence of the New England quarterback’s involvement in the now infamous football-deflating scandal.

Rumors began circulating last Friday indicating that the 37-year-old Brady would be punished for having been aware that some members of his team’s staff had deflated matchday footballs in order to alter them to his personal preference— slightly deflated, enhancing his control of the ball. The Patriots were bracing themselves for the worst, which as per expectations, could’ve been a suspension of eight games or half of the regular season.

The league informed Brady of their decision via letter sent by NFL Executive President Troy Vincent. The contents of the letter revealed that after taking into account the findings of the Wells Report, the league has decidedBrady’s testimony had holes and was “contradicted by other evidence.”

Later in the day, the NFL officially confirmed their verdict as they declared:

Quarterback Tom Brady will be suspended without pay for the first four games of the 2015 regular season for conduct detrimental to the integrity of the NFL. Brady may participate in all off-season, training camp and pre-season activities, including pre-season games.

Of course, Brady’s supporters have expressed their displeasure with the decision. His agent, Donald Yee, was particularly upset with the ruling regarding his client’s suspension, which he branded “ridiculous” while adding:

What are your thoughts on the NFL’s decision to suspend Tom Brady for his alleged involvement in the deflategate scandal?