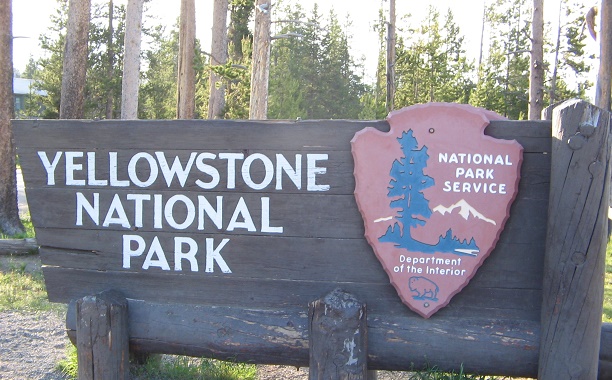 Tourists at Yellowstone National Park got a little more than they bargained for when a mamma bear thought they got a little too close to her cubs.

Yellowstone Park Ranger John Kerr can be heard yelling, “Keep going! Go! Go!” while urging the tourists to scatter as the Black Bear sow began to run after the onlookers in a section of the park located in the state of Montana.

These tourists were absolutely in danger (…) Black bears are usually shy of people. But you put them with their cubs and they get really protective. You never want to be between a bear and its cub.

The cubs in the video are about 13 months old, according to an NBC report. A mother spends the first year or so of a cubs life teaching it survival skills before it goes off on its own. The mother becomes less protective as the cubs get closer to leaving the den.

According to Gibson, this encounter could have been deadly, “Had they been the young of the year and 10 days old, the mom would have been all over the tourists.”

Gibson advises visitors to Yellowstone to stay as far away from the bears as possible, especially in the spring when cubs are born and in the fall when the bears are getting ready to hibernate and are more protective of their food sources.

Fox6 reported that no one was hurt and the bears themselves safely returned to the forest following the incident.

In other bear related news here at Immortal News, the largest black bear in Lake County history has been trapped in Orlando, Florida.