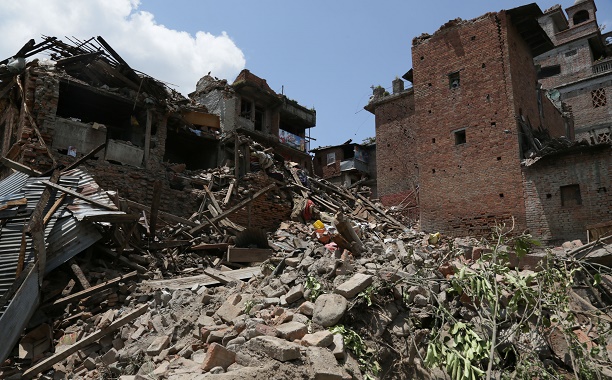 In the wake of a 7.8 magnitude earthquake, NASA’s FINDER prototype aided rescuers in the recovery of four men, who had been trapped under the rubble in Nepal by detecting their heartbeats. Representing the first real-world use of the advanced sensing technology developed by NASA and the Department of Homeland Security.

FINDER (which stands for Finding Individuals for Disaster and Emergency Response) uses microwave radar in order to scan for survivors of disasters. Popular Science reports that the device is able to detect the heartbeat and breathing patterns from a person trapped below 30 feet of crushed rock or 20 feet of solid concrete. It can also tell the difference between a human heartbeat and an animal’s, as well as discern someone who’s conscious versus unconscious, which can influence how search-and-rescue workers decide to dig the person out.

[quote text_size=”small” author=”– Reginald Brothers” author_title=”DHS under secretary for science and technology “]
Of course, no one wants disasters to occur, but tools like this are designed to help when our worst nightmares do happen. I am proud that we were able to provide the tools to help rescue these four men.
[/quote]

First developed for sensing other planets, the technology behind FINDER has since been licensed for use in search and rescues.The team say they are still in the process of fine tuning it. The National Geographic reports that they hope to add a calibration scale, so users can screen out rescue personnel that might be on the other side of a pile of rubble.