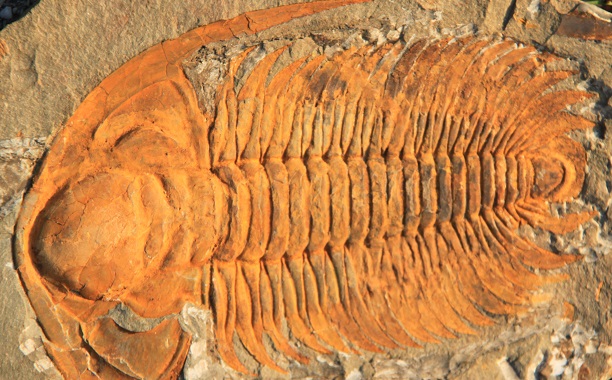 A fossilized brain believed to be one of the oldest in the world has been discovered and scientists claim this could offer insight into how animals evolved. The brain fossil, which scientists indicate to be more that 500 million years old, suggests rudimentary brains may have emerged before defined heads.

According to Discovery News, the ancient brain belonged to a crustacean called Odaria alata, which had a pair of large eyes attached to the ends of stalks. Scientists have often said that Odaria alata looks like a submarine.

ScienceMag reports that the study, which was published in the journal Current Biology, describes just how the researchers examined two arthropod ancestors related to modern-day insects, crustaceans, and spiders. The researchers identified a hard plate, known as the anterior sclerite, connected to their brains. The plate, which isn’t found in modern arthropods, but could be fused with parts of the head, has similar characteristics to the heads of other early wormlike arthropod ancestors.  The researchers think that this may mark one of the early transitions from soft-bodied creatures to the hard-bodied arthropods we know today.

Lead author Ortega-Hernández compared the creatures with anomalocaridids, a group of large swimming predators that lived at around the same time as the other studied species. These larger organisms were found to have a natural plate in the brain region.

Discovery News quotes Ortega-Hernández as having said, “What we’re seeing in these fossils is one of the major transitional steps between soft-bodied worm-like creatures and arthropods with hard exoskeletons and jointed limbs–this is a period of crucial transformation.”

What we’re seeing in these fossils is one of the major transitional steps between soft-bodied worm-like creatures and arthropods with hard exoskeletons and jointed limbs–this is a period of crucial transformation.

That transformation, according to Discovery News, was triggered by what was known as the Cambrian Explosion, which was a period of rapid evolutionary innovation which occurred roughly 500 million years ago— the same time major animal groups emerged in the fossil record. Before that time, the majority of animal life on Earth was made up of soft-bodied species that resembled algae and jellyfish.