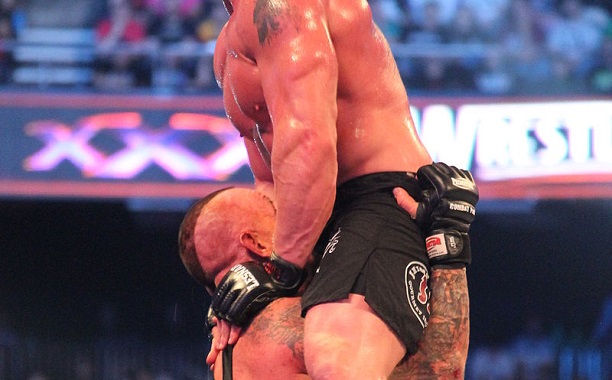 The WWE has condemned the actions of a 20-year old man who caused fatal injuries to an 18-month old boy using the Undertaker’s Last Ride.

According to Penn Live, Brandon Hoffman of Jersey Shore told the police that he meant to slam Bryson Shoemaker onto a bed but missed and the child’s head struck the floor.

The accident happened on Tuesday afternoon and the child died in the hospital that evening.  Hoffman was watching the boy for his live-in girlfriend, Sierra Shoemaker, the boy’s mother.

There is no excuse for a 20-year-old grown man to assault an 18-month old child, no matter what.  Using a flimsy excuse about emulating a wrestling maneuver does not absolve Brandon Hoffman of this abhorrent crime.  The death of Bryson Shoemaker is a tragedy, and the WWE offers its condolences to the child’s mother Sierra Shoemaker.

Hoffman told police that when Bryson wouldn’t go to sleep, he started doing wrestling moves with the boy— something he had been doing for several weeks.

Hoffman delivered two of the Rock’s Rock Bottom moves prior to his fatal Last Ride attempt.

According to the Daily Mirror, Hoffman attempted to perform CPR on Bryson before taking him to a hospital.

He didn’t call 911 because he was afraid of getting into trouble.  He also initially said he had dropped Bryson while throwing him in the air.

Staff at the Jersey Shore Hospital said Bryson appeared to have a broken neck and collapsed lung.  He was flown to Geisinger Medical Center where he died.

Hoffman has been charged with involuntary manslaughter, aggravated and simple assault, endangering the welfare of a child and recklessly endangering another person.  He was committed to the Lycoming Country Prison in lieu of $150,000 bail.

In other recent coverage of the WWE here on Immortal News, thousands cancelled their WWE Network subscriptions after Daniel Bryan was quickly eliminated in the latest Royal Rumble.

What are your thoughts on the tragic death of this infant which came as a result of one individual’s attempt to recreate the Undertaker’s finishing move, the Last Ride?