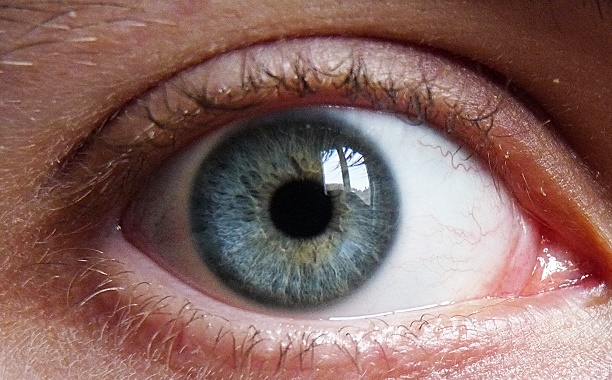 After finally being released from Emory University Hospital in October Dr. Crozier was thought to be cured of the deadly Ebola virus. Less than two months later, he was back at the hospital complaining of fading sight, intense pain and pressure in his left eye.

Dr. Crozier had been a volunteer for the World Health Organization when he became ill while working in an Ebola treatment ward in Sierra Leone . By the time he left Emory hospital, his blood was fee of the Ebola virus. Although, as reported here at Immortal News, the virus may persist in semen for months it was thought that other bodily fluids were to be clear of the virus once the patient recovered.

After being checked out by doctors at Emory, they found that Dr. Crozier’s eye was teeming with the Ebola. Despite his eye teaming with the virus, he posed no risk to anyone who had casual contact with him since his tears and the surface around his eye were virus free, reports CBS.

The NY Times reports that Dr. Crozier ruefully refers to himself as the poster child for “post-Ebola syndrome”: Besides eye trouble, he has had debilitating joint and muscle pain, deep fatigue and hearing loss. Similar problems are being reported in West Africa, but it is not clear how common, severe or persistent they are. There have even been reports of survivors left completely blind or deaf, but these accounts are anecdotal and unconfirmed.

More than a year after the epidemic in West Africa was recognized, doctors are still learning about the course of the disease and its lingering effects on survivors. Dr. John Fankhauser, the medical director at ELWA Hospital in Monrovia, Liberia, said chronic pain, headaches and eye trouble were the most common physical problems.

Dr. Fankhauser also said he hoped that specialists in ophthalmology, rheumatology and rehabilitation medicine would visit.

If they see enough patients, they can help us with the trends of what they are seeing, and that may help direct some of our therapy in the future, even after the team’s gone.