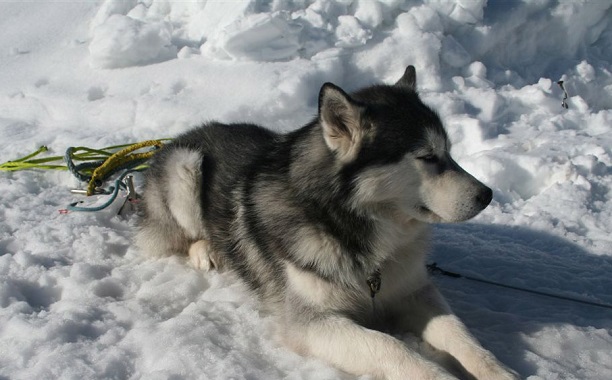 A husky which was traveling with two Dutch arctic explorers up in Canada has been located, however, the explorers themselves have yet to be found.

The dog, a Husky named Kimnik, was still with its sled when it was discovered, according to an NL Times report which cited a report on Cold Facts. She was rescued on Saturday and while she was reportedly a little hungry, she was otherwise in good condition and has since been returned to her owner, a local wildlife ranger from Resolute, Nunavut.

The two explorers Kimnik was accompanying, Philip de Roo and Marc Cornelissen, are presumed to have drowned.

Cold Facts spokesperson Marielle Feenstra was quoted in the aforementioned NL Times report as having said that the terrain the two Dutch explorers were traveling is “difficult” and that the weather conditions were “poor” at the time the two went missing, with “blizzards raging” within the vicinity of their expedition.

It is a difficult terrain. Weather conditions are also poor, there are blizzards raging

The two Dutchman left Canada on April 6, 2015, as they journeyed upward towards the North Pole on an exploration, however, by April 30th, the base camp locate din the Netherlands received an automated distress call requesting an urgent pickup; unfortunately, the rescue mission has since collapsed into a body recovery operation as the two are now presumed dead.

Marc and Philip were studying the melting Arctic sea ice, which a recent study claims is melting at a steadier and faster rate than previously thought, when they went missing.

3 News out of New Zealand indicated in a report that the pair apparently drowned after falling through thin-ice. Reiterating this statement, Royal Canadian Mounted Police Sergeant Yvonne Niego was quoted by the AFP as having said that it’s “very likely that they drowned (after) falling through the ice”.

What do you think happened to the missing Dutch explorers?