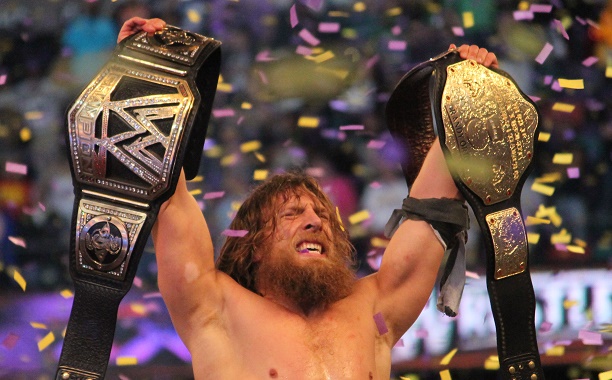 With Daniel Bryan expected to make a comment on his medical status and the impending triple threat math for the World Heavyweight Championship at ‘payback’ as well as the patriotism soaked rivalry between Cena and Rusz, tonight’s episode of RAW has all the makings to be an epic one.

An article posted on WWE.com teases the return of the “Yes!” man to talk about his medical situation. However, the same article goes on to suggest that the WWE may want Bryan to relinquish his Intercontinental Championship, just as his WWE Championship was made forfeit less than a year ago, saying that perhaps The Authority should, in fact, step in.

Bryan himself has proclaimed that a titleholder needs to be a fighting champion, always ready to give the WWE Universe the show they deserve. If the bearded Superstar can’t provide that level of competition due to injury or otherwise, even he would argue it’s only fair that he should step aside for someone else who can.

Other than the aforementioned article, the WWE hasn’t given much of an update on Bryan’s condition, as reported by the Inquisitr, there have been unconfirmed reports ranging from Bryan being banged up, to having suffered a concussion. Whether Bryan is on RAW tonight or not, expect an update by the RAW commentary team sometime during the night.

Tonight fans could also see the long anticipated story of Lana turning babyface and pulling away from Rusev, which would certainly garner her added spotlight. The Bleacher Report reports that Eva and Lana are set for big pushes in the near future.

Monday’s RAW will offer plenty of opportunities for bad blood to build between competitors who will face at ‘Payback’ on may 17.

As reported here at Immortal News, after of one of the worst Extreme Rules pay-per-views in recent history the WWE is looking for Payback to payoff.