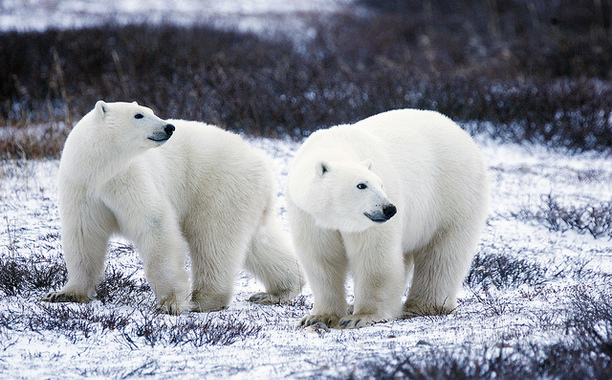 Due to global warming and rising temperatures, one in six species are likely to become extinct, a recent study has warned.

The study, which was published in the journal Science on Thursday, offers an analysis of 130 different studies to identify the risk that climate changes pose to animals and plants found that as the planet warms, the extinction of certain species accelerates.

We have the choice. The world can decide where on that curve they want the future Earth to be.

According to The New York Times, John J. Wiens, an evolutionary biologist at the University of Arizona, predicts even worse situation, saying that the real toll may be two to three times higher.

This is evidence that we’re pushing the earth to a place where it has either never been or hasn’t been for a very, very long time.

Limiting climate change to a 2-degree Celsius (3.6 degrees Fahrenheit) rise in temperature, a goal many world leaders have committed to trying to achieve, would still nearly double global extinction risks. Today, roughly 2.8 percent of species face a risk of being wiped out; a 2-degree rise increases that risk to 5.2 percent, according to National Geographic.

Many scientists calculate which animals and plants and from which region are most likely to become extinct first. One 2013 study predicted that 82 percent of California’s native freshwater fish could vanish or reach low numbers duo to global warming.

Depending on what study you looked at, you could come up with an overly pessimistic or optimistic view.

“Extinction risks were highest in South America, Australia, and New Zealand, and risks did not vary by taxonomic group. We urgently need to adopt strategies that limit further climate change if we are to avoid an acceleration of global extinctions,” said Dr. Urban.

Understanding these patters will certainly help us prepare for, and hopefully prevent, climate-related loss of biodiversity.