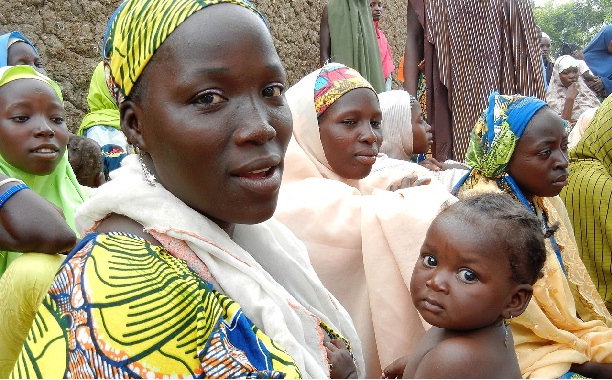 The Nigerian army has rescued nearly 300 females in raids against Boko Haram camps, however, the Chibok girls were reportedly not among those rescued in the army’s recent raids against the Islamic militant group.

Even though it is good news that the Nigerian army was able to secure the release of up to 200 girls and 93 women, there are those who remain sad in light of the fact that none of them included the Chibok girls taken in April of last year.

According to the Washington Post, the Nigerian army announced the rescue on Tuesday via Twitter as it said that it is now screening and profiling the girls and women. Reuters on its part says it received a text message from army spokesman Colonel Sani Usman confirming the rescue.

Colonel Sani told The Associated Press that troops shattered four Boko Haram camps and rescued the abducted girls and women, “but they are not the Chibok girls.”

… they are not the Chibok girls.

According to Reuters, the girls and women will be screened on Wednesday to determine whether they had been kidnapped or if they were married to the militants.

In the past 6 years, Boko Haram has grown to an international terror organization killing thousands of people. Hundreds of thousands more have either been seriously injured or displaced by the group’s activities. They gained international attention in April 2014, when they seized close to 300 girls from a school in Chibok, a rural community in North Eastern Nigeria. Some of those girls managed to escape, but 219 of them remain unaccounted for.

Boko Haram recently launched attacks on neighboring countries like Cameroon, Chad and Niger. Forces from these countries joined Nigerian troops to launch counter attacks; and since March, the terrorist organization has lost control of almost all the territory it occupied. They had claimed that their objective was to create an Islamic Caliphate in Northern Nigeria, but experts quickly dismissed those claims saying that their actions (including a pledge of allegiance to the Islamic State group), proved that they are more of a terrorist movement.

For more Boko Haram coverage at Immortal News, a female suicide bomber kills at least 50 people in Nigeria with Boko Haram blamed for the attack.

What do you think of the release of these 293 girls and women, and the fact that they do not include the Chibok girls?

Red Colobus Monkey Photographed For The First Time, They Do Exist
Meningitis Outbreak In Niger Kills More Than 400 People
To Top