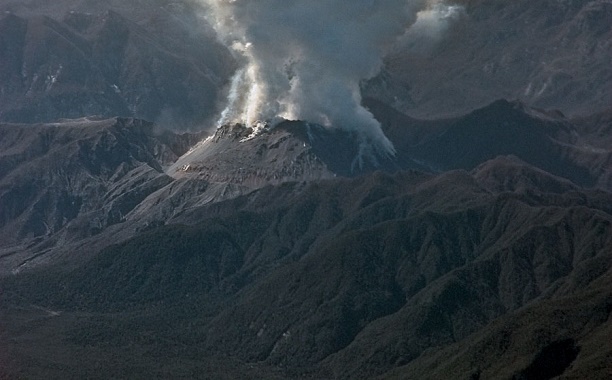 The eruption of the Chilean volcano Calbuco, located in the southern Andes, has disrupted international travel by spreading ash as far away as Argentina and Brazil.

The Wall Street Journal reported Friday that American Airlines, Delta, and Chilean airline LAN canceled flights to Santiago from the U.S., while a number of other flights were delayed due to ash and smoke that traveled hundreds of miles north to the Chilean capital after being shot into the air by the Calbuco Volcano. The ash can affect visibility and also damage airplanes.

The CS Monitor reports that Chilean authorities have set up a 20-km (12 mile) cordon around Calbuco, in the scenic Los Lagos region, around 1,000 km (620 miles) south of the capital Santiago, evacuating more than 6,500 locals. In a recent report put out by Chile’s national office of emergency said “we should maintain the perimeter.”

The dangerous nature of volcanic activity like this plus the volcano’s current instability that could lead to more intense activity in the short term indicates we should maintain the perimeter.

The agency says Chile has 90 active volcanoes and that Calbuco is considered the third-most dangerous. So far no major injuries or fatalities due to Calbuco eruption have been reported.

In other South American news here on Immortal News, read about how a fossil found reveals how a bird located in South America 3.5 billion years ago, stalked its pray.