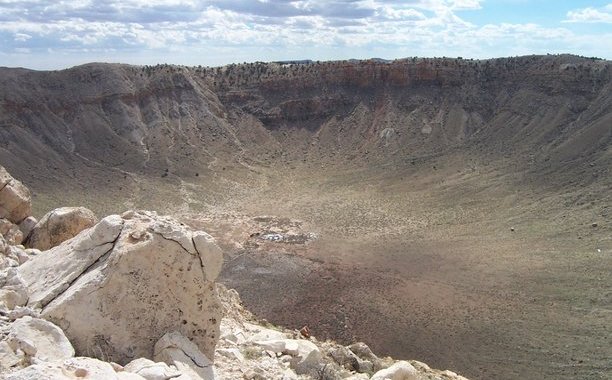 UK researchers have studied the Chicxulub crater in Mexico and decided to drill 5,000 feet below the surface of the crater to find out what exactly killed the dinosaurs.

An international team of scientists met last week in Mérida, Mexico, located within the 125-mile-wide Chicxulub crater, to discuss their plans for the drilling project, slated to start in spring 2016, according to Fox News.

For the first time in history scientists have subsurface images from the offshore part of the crater so they can pinpoint a spot for sampling. They chose a spot along the crater’s peak ring – a ring of a mountain-like structures around the center of the crater.

The scientists believe that when a rock smashed into Earth at high enough velocities, the collision causes the crust temporarily to act like a liquid, first forming a so-called transient crater and the center rebounds, or splashes, upward and then outward, reports the Daily Mail.

The team of researchers from the University of Exeter, University of Edinburgh and Imperial College London recreated the immense energy that would have been released from the asteroid impact 66 million years ago. They found out that the intense but short-lived heat released by the impact could not have ignited the live plants thus challenging the idea that impact led to global firestorms.

By combining computer simulations of the impact with methods from engineering we have been able to recreate the enormous heat of the impact in the laboratory. This has shown us that the heat was more likely to severely affect ecosystems a long distance away, such that forests in New Zealand would have had more chance of suffering major wildfires than forests in North America that were close to the impact.

If some animals were unable to shelter from the heat, they may have suffered some serious losses. The methods scientists developed in the laboratory for this research have driven new developments in our current understanding of how materials behave in fires, meaning that they will be able to understand how ancient mass extinction happened and also understand the impact of wildfires in urban areas.

In an unrelated study researchers at the University of Toronto have shed light on the story gigantic marine lizards known as Mosasaurs. More on this story here.