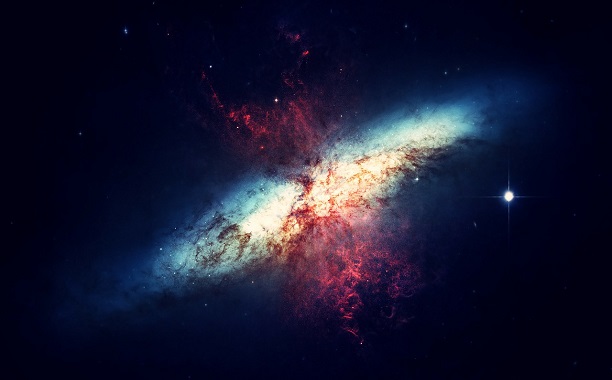 According to a team of astrophysicists led by the University of Arizona, the universe might be expanding at a slower rate than previously believed – or so their findings, which were published as two papers in the Astrophysical Journal suggest.

The notion of the universe’s expansion being slower than previously thought is derived from the belief that there’s likely less dark energy than previously theorized; a conclusion drawn from examining the type of supernovae (exploding stars) commonly used to measure “reliable” distances in the universe.

Upon examination, astronomer Peter Milne found that the amount of light observed in type la supernovae varied more than prior theory suggested. As a result of the data collected with NASA’s Swift, which is used to examine gamma-ray bursts, Milne was quoted by The Register as having explained that the team had “found that the differences are not random, but lead to separating Ia supernovae into two groups, where the group that is in the minority near us are in the majority at large distances – and thus when the universe was younger.”

We found that the differences are not random, but lead to separating Ia supernovae into two groups, where the group that is in the minority near us are in the majority at large distances – and thus when the universe was younger.

There are different [red and blue] populations out there, and they have not been recognized. The big assumption has been that as you go from near to far, type Ia supernovae are the same. That doesn’t appear to be the case.

The data used by the team in their research was collected with the Hubble Space Telescope and NASA’s previously mentioned Swift satellite. The latter of which, the satellite data, was crucial due to the differences between populations which were made obvious through Swift’s dedicated ultraviolet observations.

Milne explained that prior to their recent study, “the two populations of supernovae were treated as the same population.”

In other news, NASA’s chief scientist claims we’ll see definitive proof of alien life in the next 10 to 20 years.

What are your thoughts on the expanding universe?