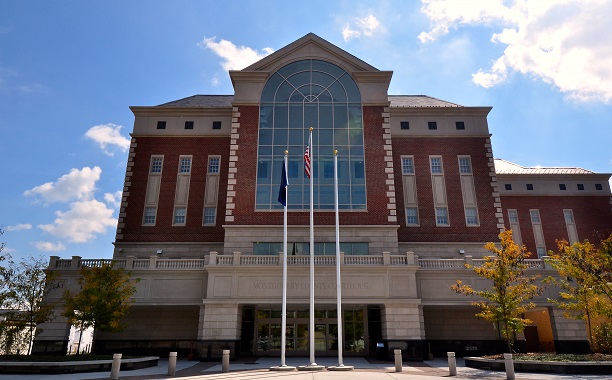 Mark Ward Faville killed himself in a courthouse holding room shortly after being found guilty of voluntary manslaughter in the 2000 death of his wife, Anne Michelle Faville, according to Christiansburg town spokeswoman Becky Wilburn.

Wilburn indicated in a statement that the recently deceased was pronounced dead in the courthouse on Friday. She also indicated that he appeared to have died from a self-inflicted wound, however, no additional information was available.

Mark Ward Faville was pronounced dead at the scene. At this time, it is believed Faville died from a self-inflicted wound.

Mr. Faville was on trial in Montgomery County for the death of his late wife, Anne, who died in the family’s home back in March of 2000 when the 52-year-old choked to death.

The Roanoke Times indicated in a report that multiple sources had told the news outlet that Mark did not die as a result of a gunshot wound, however, it’s unclear as of present just how he managed to kill himself. The report quoted a sheriff’s deputy as having demanded that Mark “drop it, drop it!” Just what the deputy was telling him to drop remains unclear at this time.

The 72-year-old’s voluntary manslaughter conviction is a class 5 felony in the state of Virginia which carries with it a minimum of one-year in jail, however, he was looking at as many as 10 years in jail as that’s what the maximum sentencing allows.

He was convicted by a jury of 10 men and a couple of women.

In other news, an Italian man shot and killed three people in a courtroom in Milan yesterday while a fourth person died in the courthouse as a result of a heart attack. The man’s lawyer and the judge presiding over his bankruptcy case were amongst the deceased. The man, identified in reports as Claudio Giardiello, was arrested while fleeing from the courthouse on a motorbike.

How do you think Mark Faville killed himself?