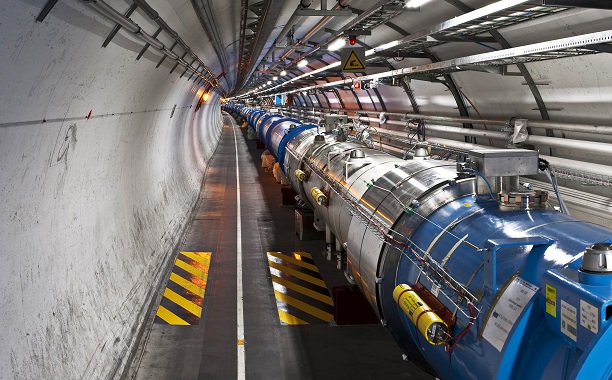 The largest particle accelerator in the world, the Large Hadron Collider, has been successfully restarted after it was shutdown two-years ago for upgrade after having been used by physicists to discover the elusive subatomic particle known as the Higgs boson— a feat which the LHC accomplished while only running at half its capabilities.

This time around, scientists at the European Organization for Nuclear Research hope to catch a glimpse of dark matter during the LHC’s next three-year run, the SF Gate indicated in a report.

Beam 1, the second to circulate, is successfully through all sectors of the LHC! Startup complete! #RestartLHC pic.twitter.com/ZgI0E1J8k6

It was just days ago that CERN announced that its teams were completing the final tests and that the LHC could restart sometime between Saturday and Monday.

The restart was previously held up by a short circuit identified on March 21, 2015. The glitch was eventually attributed to a piece of metal debris found within a diode box which caused a short-circuit in the magnet’s power supply.

The first attempt to repair the short-circuit, once identified, was successful.

In order to prevent magnetic meltdowns after an episode back in 2008 in which a faulty electronic connection caused some magnets to overheat and trigger an explosion, researchers decided to shut the proton-smasher down to perform upgrades which would allow the device to run at its full capabilities without experiencing another meltdown.

Physicist Aaron Dominguez with the University of Nebraska was quoted by Wired as having said that “it was pretty depressing” when they broke the particle accelerator.

It was pretty depressing when we broke the accelerator […] That was not a good day.

Paul Collier, CERN’s beam department boss, was quoted by The Register as having said that it’s “very satisfying for our operators to be back in the driver’s seat, with what’s effectively a new accelerator to bring on-stream, carefully, step by step”.

Now that it’s back in action and running at full capacity, are you excited to see what the Large Hadron Collider can do with nearly twice the particle colliding power?

Don’t Put The Gopher Tortoise In Water, It Can Easily Drown
Three New Dwarf Dragon Species Discovered In The Andes
To Top