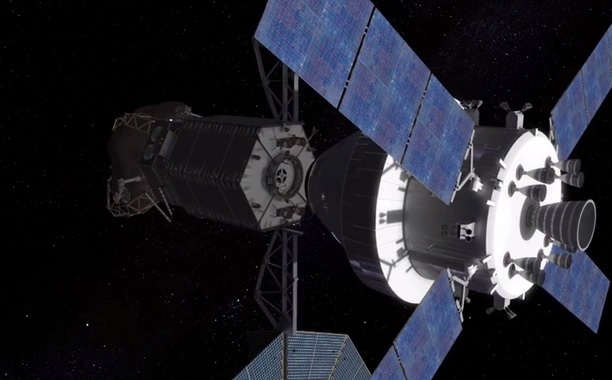 The National Aeronautics and Space Administration (NASA) has unveiled an ambitious mission which plans to send a robotic spacecraft to an asteroid to pickup a boulder and nudge it into orbit around the moon to serve as an orbiting base for astronauts in the agency’s eventual mission to Mars.

In order to accomplish this feat, the agency intends on constructing a probe equipped with a pair of robot arms which will be used to grasp the boulder, which Discovery News reported to be approximately 10 feet in diameter, and nudge it into orbit.

The mission, which is known as the Asteroid Redirect Mission (ARM), is scheduled to test an array of new capabilities required for deep space exploration, which includes the exploration of the red planet.

The ARM mission is expected to cost roughly $1.25 billion, not including the launch, and is targeting December of 2020 as a launch date.

NASA Associate Administrator Robert Lightfoot was quoted in an agency press release published on Wednesday as having said that the Asteroid Redirect Mission “will have a direct impact on planning for future human missions to deep space and begin a new era of spaceflight.”

The Asteroid Redirect Mission will provide an initial demonstration of several spaceflight capabilities we will need to send astronauts deeper into space, and eventually, to Mars […] The option to retrieve a boulder from an asteroid will have a direct impact on planning for future human missions to deep space and begin a new era of spaceflight.

The ARM robotic spacecraft will be testing new capabilities including an advanced propulsion method, Solar Electric Propulsion (SEP), that converts sunlight to electrical power which propels charged atoms that move the spacecraft.

NASA also indicated in the release that the agency has increased the detection of near-Earth asteroids by 65 percent since the asteroid initiative was launched three years ago.

The agency expects that it will take approximately six years for the robotic spacecraft to move the asteroid mass into lunar orbit.

At some point in the mid-2020s, the U.S. space agency’s Orion spacecraft will launch atop the Space Launch System rocket and carry astronauts on a mission to explore the asteroid mass. The crewed mission concept presently entails two-astronauts over the course of 24-25 days.

In other coverage of the space agency here on Immortal News, NASA launched four rockets into the northern lights in order to study turbulence in the aurora borealis.

NASA also plans to take advantage of an opportunity during ARM to test planetary defense techniques prior to the asteroid being moved into lunar orbit. The agency indicated that the techniques are aimed at mitigating potential asteroid impact threats in the future and that the experience and knowledge acquired could help the agency develop options to move asteroids off Earth-impacting courses if and when deemed necessary.

What are your thoughts on NASA’s $1.25 billion Asteroid Redirect Mission?