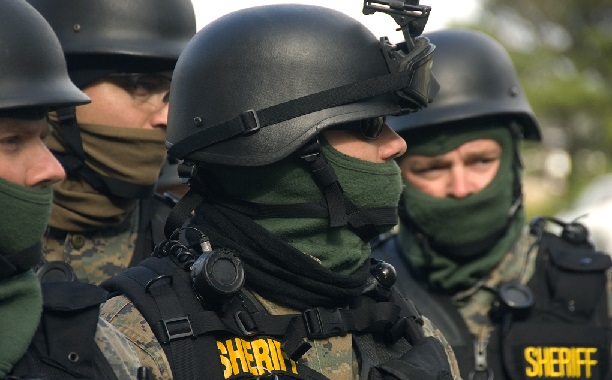 A police officer with the San Jose Police Department was shot and killed on Tuesday evening while responding to a call regarding a suicidal man who appears to have ambushed the recently deceased officer and his law enforcement colleagues with a high-powered rifle, according to authorities.

The identity of the slain officer was not immediately released, however, the Contra Costa Times indicated in a report that he was the first police officer with the SJPD to have been killed in the line of duty in 14-years; this in the context of the department’s 166-year history.

Following the deadly attack, dozens of law enforcement officers composed of cops and SWAT swarmed Senter and Umbarger roads in an attempt to locate the gunman.

Homes within close proximity of the incident were evacuated. Residents were advised to shelter in place.

Traffic in the area was blocked from Senter to Feldspar Drive and to Lewis Road.

Helicopters and armored from neighboring police agencies were reigned in by authorities as police swarmed the area.

By 9:30 p.m. (PST), law enforcement had surrounded a building located on the 2600 block of Senter Road. Earlier in the night, while authorities were sweeping the area, an exchange of gunfire reportedly took place in the area.

SJPD was called at around 6:48 p.m. with reports of an armed man threatening to kill himself with a gun. As officers approached the apartment building on Senter Road, an unknown assailant opened fire without prior warning and subsequently killed a responding officer.

NBC Bay Area quoted San Jose Police Officer Albert Morales who responded to the call as having said that a veteran officer “was struck by gunfire and was pronounced deceased at the scene”.

In other law enforcement coverage recently reported here on Immortal News, a state trooper is suing the Pittsburgh police following a brawl at his brother’s wedding reception which resulted in his arrest.