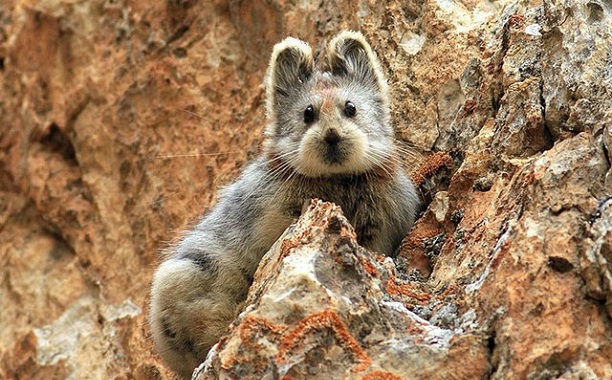 An extremely rare relative of the rabbit known as the Ili pika, which was first discovered back in 1983, has been spotted in China for the first time in 20 years.

The rare mammal, which is formally known as Ochotona iliensis, is one of the world’s most endangered animals with what the Daily Mail reports to be less than 1,000 believed to be left in their natural habitat.

The International Union for Conservation of Nature listed the animal as endangered back in 2008, however, its discoverer claims that there’s no official organization or team which is presently dedicated to its study or protection.

Ili pikas were first discovered by Chinese scientist and conservationist Li Weidong in the mountains of a remote region of northwest China. The furry little creatures, which measure a mere 20.3 to 20.4 centimeters, reside in the Tianshan mountain range in the country’s Xinjiang region.

The endangered species were named after their discoverer’s hometown, Ili. Their discoverer, Weidong, told CNN that he watched the species become endangered after discovering it, so if it were to become extinct, he claims he would “feel so guilty.”

I discovered the species, and I watched as it became endangered […] If it becomes extinct in front of me, I’ll feel so guilty.

Since its discovery, Li believes that the population has declined nearly 70 percent.

The report on CNN indicated that pika, which feeds on grasses at high elevations, may have been the inspiration behind the famous Pokemon character known as Pikachu.

According to Li, global warming’s impact on the pikas has caused the species to gradually retreat to higher elevations in light of rising temperatures which have raised the altitude of permanent snow on the Tianshan mountains that they call home.

Researchers at the World Register of Marine Species indicated that over 1,000 new marine species have been discovered by scientists in the past year.

What are your thoughts on the Ili pika?