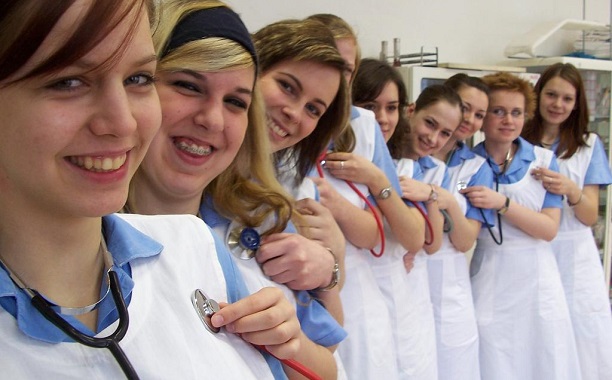 While nursing is the largest female dominated profession, male registered nurses make $5,148 more a year in annual salary than their female counterparts, according to a new study conducted by researchers examining the salary differences between male and female nurses.

The male-female salary gap which has narrowed in many occupations since the Equal Pay Act was passed fifty years ago, however, pay inequality remains persistent across specific occupations including medicine and nursing.

The study, which was published in the Journal of the American Medical Association (JAMA) on Tuesday, examined a couple decades of salary information derived from the National Sample Survey of Registered Nurses. The survey, which ended in 2008, collected data once every four years from more than 30,000 registered nurses (RNs) across the United States. In total, the sample included responses from 87,903 full-time RNs; of which, 93 percent were women.

Ulrike Muench from the University of California, San Francisco (UCSF), the study’s lead author, indicated that one “would think that if any profession could have women achieve equal pay, it would be nursing” based on the fact that it’s “the largest female dominated profession”.

Nursing is the largest female dominated profession so you would think that if any profession could have women achieve equal pay, it would be nursing

Average salaries for male RNs were $10,775 higher than they were for women, however, the gap appeared to narrow in the middle and late 1990s before widening again post 2000.

After accounting for variables such as location, hours worked, years of experience and type of nursing degree, researchers behind the study still found male RNs to have earned an average of $5,148 more per year than female RNs.

In the case of cardiology, the gap was even greater with male RNs earning $6,034 more than females in the same position.

The LA Times quoted Bob Stewart, a long-time cardiac nurse at San Joaquin Community Hospital in Bakersfield, California, as having said that “it’s all the same” in regular patient care areas where a nurse’s salary is based on the number of years they’ve worked and the kind of nursing degree they have, however, these are variables that the researchers took into account in their analysis of the nursing pay gap between males and females.

In other news, a female school bus driver was knocked out by a teenager in Louisiana.

What are your thoughts on the male-female pay gap in the female dominated nursing profession?