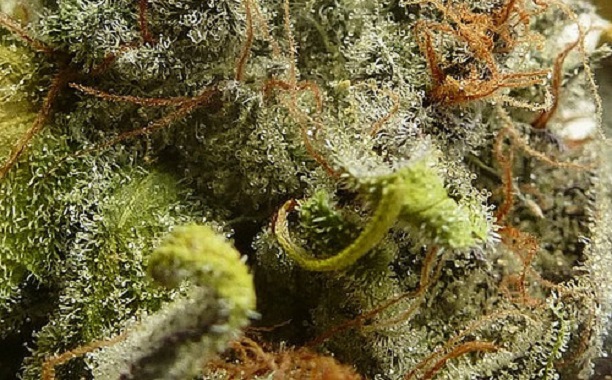 In light of state legislation legalizing marijuana in Colorado, scientists in the state have had the opportunity to analyze cannabis with sophisticated machinery as part of a recent study which the preliminary findings of have yielded some interesting results in regards to THC potency, medical benefit and contaminants.

The study’s preliminary findings, which are to be presented at the 249th National Meeting & Exposition of the American Chemical Society (ACS) by Charas Scientific, found that modern weed’s THC potency has increased from what was below 10 percent just three decades ago to “potency values close to 30 percent,” according to Andy LaFrate, PhD — whose lab tested the marijuana samples in the study.

LaFrae went on to explain in a release published on EurekAlert that while the THC potency has seen a substantial increase over the years, CBD levels have decreased.

THC, which is an abbreviation for tetrahydrocannabinol, is a psychoactive compound found in marijuana. In efforts to increase levels of potency to meet the demands of the market, some strains have tripled according to the researchers. This cross-breeding with the intention of enhancing THC potency has, according to LaFrate, had an “unexpected consequence” on CBD, which is a lesser known compound found in the plant that is of increasing interest to medical marijuana proponents.

CBD, known as cannabidiol, is being investigated as a treatment for Alzheimer’s disease, Huntington’s disease and schizophrenia. It’s also being considered in the treatment of anxiety as well as depression.

A key difference between CBD and THC is that it doesn’t get people high.

NBC News indicated in a report via TIME that the study “detected little medical value” in the hundreds of samples tested.

As far as contaminant testing is concerned, while it’s not yet required in the state of Colorado, some producers volunteered samples for testing and LaFrate indicated that the results were surprising as after examining the samples for biological and chemical contaminants, he said, “It’s pretty startling just how dirty a lot of this stuff is”.

It’s pretty startling just how dirty a lot of this stuff is […] You’ll see a marijuana bud that looks beautiful. And then we run it through a biological assay, and we see that it’s covered in fungi

The lab’s tests found varying levels of contaminants including butane, which is an ingredient used in the extraction process behind some forms of extracts. The Smithsonian indicated in a report that the study also found heavy metals and fungus in the buds which were examined.

What are your thoughts on the study’s preliminary findings?