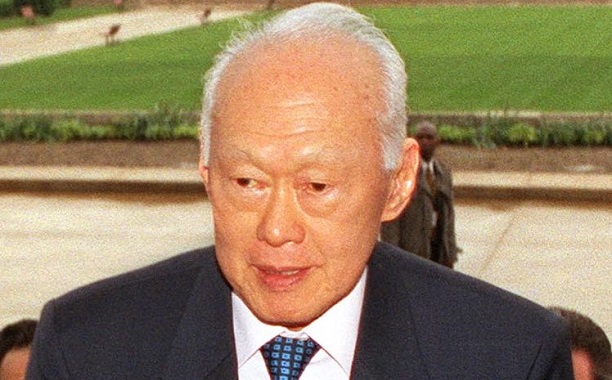 Lee Kuan Yew, the man who founded modern Singapore and transformed it into one of the wealthiest and least corrupt countries in Asia, passed away at a hospital in Singapore today at 3:18 a.m., according to the Prime Minister’s Office.

The Prime Minister is deeply grieved to announce the passing of Mr Lee Kuan Yew, the founding Prime Minister of Singapore. Mr Lee passed away peacefully at the Singapore General Hospital today at 3.18am. He was 91

The release indicated that arrangements for the public to pay their respects and for the funeral proceedings would be announced at a later time.

The country’s recently deceased founder was born in 1923, formed the People’s Action Party in 1954 and then became the country’s first Prime Minister in 1959.

In 1965, Lee led Singapore to independence when the country separated from Malaysia.

Singapore, which was previously a British military outpost, is a modern-city state and island country in Southeast Asia which lies off the southern tip of the Malay Peninsula. The country had an estimated population of 5.46 million in 2014, placing it at number 114 on the list of countries and dependencies based on population.

Former Singapore Prime Minister Goh Chok Tong was quoted by the NY Times in a report as having said that “tears welled up” as he received what he referred to as “sad news,” in regards to Lee’s death.

Kuan Yew was the country’s prime minister from 1959 to 1990. He was succeeded by Goh Chok Tong who eventually retired in August of 2004. After Goh’s retirement, Kuan Yew’s son, Lee Hsien Loong, became the prime minister of Singapore.

What are your thoughts on the passing of the late Lee Kuan Yew?